In May 2019, the Irish Government declared a Biodiversity emergency. While some critics may describe it as symbolism, it was an important declaration that society must address the challenge that the on-going loss of biodiversity poses for the environment, the important agriculture sector and society at large.

The five main drivers of biodiversity loss identified in Ireland are intensive agricultural and forestry practices, overfishing, invasive species, changes in land use and over exploited resources such as peatland.

According to the National Biodiversity Data center, 37 species of bird are of high conservation concern.

Since the mid 1990’s farmers and the Department of Agriculture have implemented many environmental schemes to protect and improve the environment and biodiversity on Irish farms including the following;

Ireland has the third largest total hedgerow area in the EU. The Teagasc Irish Hedge Map estimates Ireland’s cover of hedgerows, individual trees and non-forest woodland and scrub is 450,000 hectares or 6.4% cover. Hedgerows provide habitats for wildlife and play a role in carbon sequestration, potentially storing an estimated 70 tonnes of carbon per hectare.

Description of the Good Practice.

In response to this challenge and in order to contribute to improving biodiversity on his beef, sheep and horse farm in the Irish midlands, Tom Kelly decided to erect a nest box for barn owls in the hay shed in his farm yard.

Tom had been observing a barn owl nesting in a local ruined castle and decided to erect the nest box to see if he could attract the bird closer to his farmyard. Research by Birdwatch Ireland has shown that the Barn Owl will benefit from the use of specially designed nest boxes.

In 2021, a barn owl nested in the box for the first time and had a number of chicks but unfortunately, they all died. In 2022, the owls nested in the box in the hay shed again and had 3 live chicks, which survived.

Despite noise from machines and normal farm work and practices, the barn owls have remained and appear very content in their new settings.

The owls are mainly observed at night and don’t appear during the day. They are very spectacular to view especially in flight.

Birdwatch Ireland have been working with Tom and other farmers in the area on the conservation of the barn owl which includes monitoring and identification of the owls and their chicks.

Surveys undertaken by Birdwatch Ireland and Offaly County Council indicate that the population of Barn owls are increasing in the area. This study shows that Barn Owl populations in County Offaly are recovering after a period of extensive declines

In 2021, 30 sites were confirmed to be occupied by Barn Owl in County Offaly. This is the highest number of occupied sites documented in the county in the last 50 years.

Birdwatch Ireland has recommended “Conservation measures should be implemented through the agri-environment scheme and focus on improving the quantity and quality of habitats for Barn Owl (which would have benefits for a wide range of biodiversity) and reducing pesticide input, including the implementation of Integrated Pest Management to rodent control.”

As well as protecting the barn owl bird species and improving biodiversity, this good practice also acts as a natural rodent control plan on the farm. Since the owls have come to the farm yard, there has been no problem with rodents such as mice or rats and the farmer no longer uses chemical rodent controls such as rat poison. This brings economic and labour saving benefits as well as environmental benefits on the farm.

Farmers participating in the various environmental schemes can also recieve a financial incentive for erecting bird and bat boxes.

“I am delighted to positively contribute to protecting biodiversity on my farm at no cost and I also benefit in terms of an effective natural rodent control plan for the farm.” Tom Kelly.

“Farmers do not get enough recognition for their role in protecting the quality of nature found in the countryside.  Irish farmland is filled with a broad range of habitats from hedgerows, field margins, ponds, streams, native woodland, bogs and species-rich meadows and pastures. There are habitats in every farm corner that contribute to biodiversity.” Paul O Brien IFA National Environment Chairman. 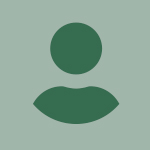 Thanks for posting this Kevin. I am sharing this post with the Hawk Conservancy Trust based near where I am based in Hampshire, UK as they have a major focus on owls and all native birds of prey and will be very interested in this project interacting directly with farmers. https://www.hawk-conservancy.org/