Careful management of agro-systems with the aim of maintaining or improving biodiversity leads to an increase in the sustainability of agricultural production, making systems more resilient to long-term pressures such as climate change and soil degradation. Indeed, biodiversity enhances ecosystem services because those components that appear redundant at one point in time become important when changes occur (1).

The Castro Verde Biosphere Reserve, designated by UNESCO in 2017, is located in the heart of “Campo Branco”, in the extensive plains of “Baixo Alentejo”, southern Portugal. Agricultural practices have evolved over time to a traditional rotation, in which after two years of cereal crops, the land is fallow so that it regains fertility as meadows for cattle. Here, agriculture and grazing have coexisted for a long time, having shaped a landscape rich in biodiversity and of high conservation value, the cereal steppes, covering a total area of 57000 hectares (2). 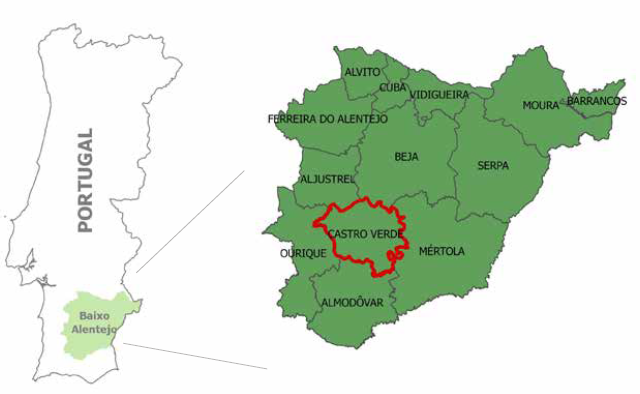 Location of the Biosphere Reserve of Castro Verde.

Hyperlink to access the map on the internet:  https://drive.google.com/open?id=13saLzmdA4D2MJgTcePE_Cdpp52k&usp=sharing

The production of animal food and animal husbandry in general depend on biodiversity and at the same time play an important role in shaping biodiversity. On the one hand, agriculture and animal husbandry led to the decline of many wild species in Europe since the Neolithic. However, on the other hand, in some instances these activities allowed for an increase in landscape and species diversity, at least at the local scale (3).

Below there is a list of good practices associated with biodiversity proposed by Portuguese farmers organizations to integrate the common agricultural policy reform:

To ensure Castro Verde Biosphere Reserve goals as a place of excellence that serves as a living laboratory for the demonstration of sustainable development, crop and livestock farming in harmony with nature is mandatory (4).

In a set of more than a dozen good agricultural practices for biodiversity, fences for the production of cattle adapted to wild fauna, are extremely important for the Castro Verde Biosphere Reserve. Farmers whose farms are within this Biosphere Reserve, can join the financial support program for the conservation of steppe-land birds and be rewarded with a set of commitments.

This program started in 1995 under the EU 2078/92 regulation with the following objectives:

To join the financial support program, the farmers' commitments are:

In addition to the positive impact on biodiversity conservation in general and steppe bird species in particular, tourism has also developed, especially nature tourism, focused on the fruition of the natural heritage, nature and birdwatching.

This allowed the appearance of new accommodation units to receive tourists as well as farms with appropriate structures for bird watching. 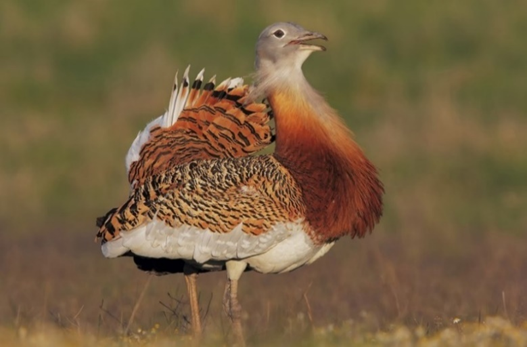 The development of bird watching has promoted the region, making it interesting for tourists who are not interested in this topic, making the rural accommodation units an interesting complementary activity to the farm, as is the example of Apariça farm.

(1) FAO - What is agricultural biodiversity and what are ecosystem services?