Costs and benefits of the squeeze technique

Costs and benefits of the squeeze technique for dummy calves

The “Madigan Squeeze Technique” helps dummy calves to resume a normal behaviour. It consists in a physical compression of the animal chest with a soft cotton rope. Calves are then forced to lie down and induced into a deep sleep by tightening the loop around the chest. After around 20 minutes they are awaken and the rope removed.

It’s a technique originally used on foals but it was proved to be successful in reducing mortality by those practitioners who use it also on new born dummy calves.

Simulation of the cost and benefits of the adoption of the Madigane Squeeze Technique has been carried out considering the production costs of the cow calf typical farms from Portugal, France and Ireland.

The cost of using the Madigane Squeeze Technique is assumed to be equal to the benefits in terms of less labour time and care that alternatively a calf with Neonatal Maladjustment Syndrome would require. Actually, this technique reduces time, treatment and handling cost involved in the management of calves with NMS. Nevertheless, it should be performed only by a veterinarian as a complete clinical examination should always precede the performance of this practice. It is thus reasonable to assume that the cost of the veterinarian examination and the time required to use the Madigan Squeeze Technique match to the cost of traditional treatment of a dummy calf ( bottle feeding, locking the cow to be able to take the calf near the udder etc.).

According to the experience of the squeeze technique practitioners overall around 5% of new born calves in cow calf farm would benefit from the squeezing technique both because affected by severe NMS or showing less severe synthoms (sleepy and indolent calves). Benefit would result in a reduction of mortality rate first of all because it would allow to save calves not able to follow the dam and that would be detected in beef herds only when severely debilitated or dead. It would also reduce most of the deaths indirectly related with NMS, because sleepy and indolent calves are more likely not to drink colostrum on time and to drink less milk during the first days of their life, becoming more susceptible to other diseases. 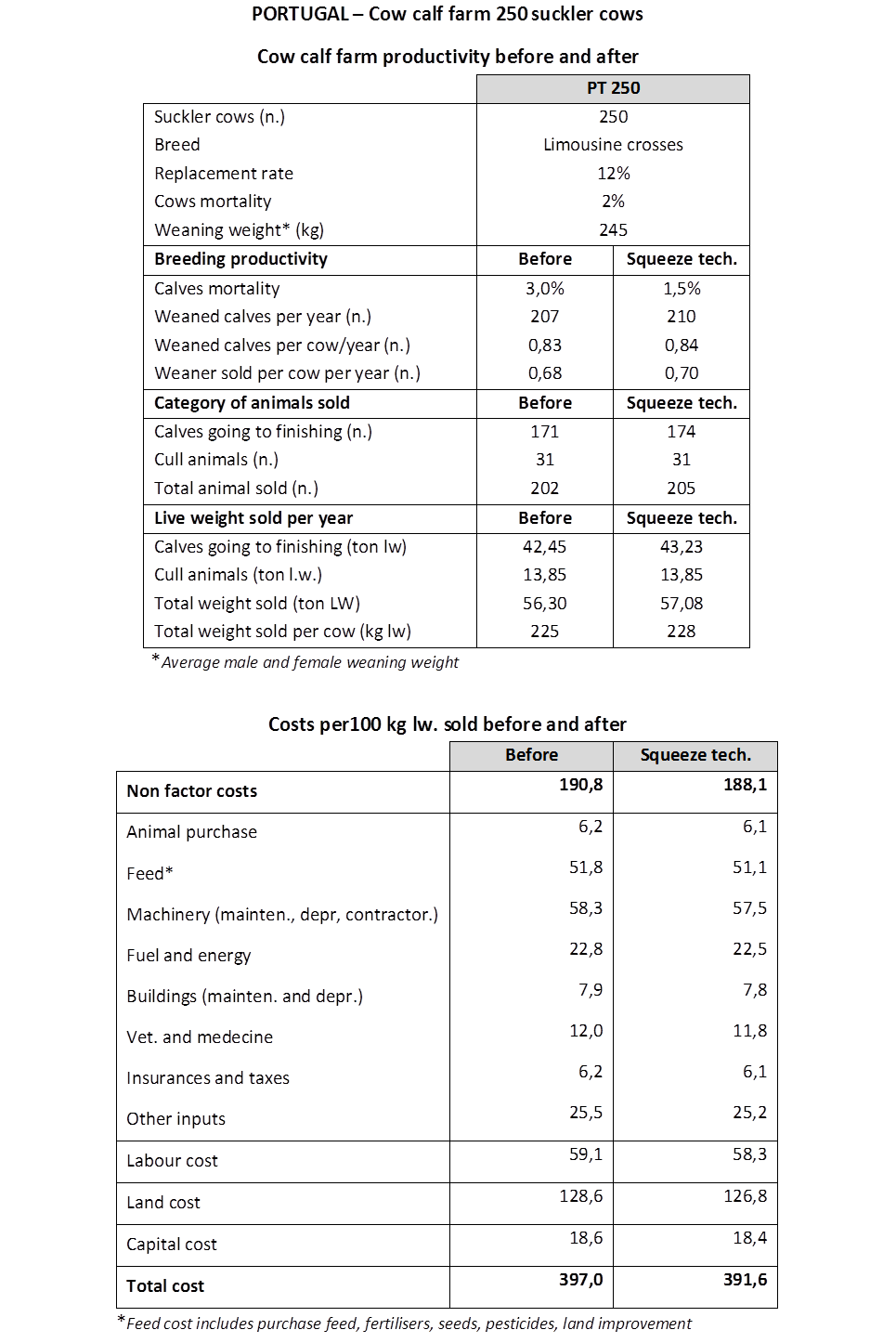 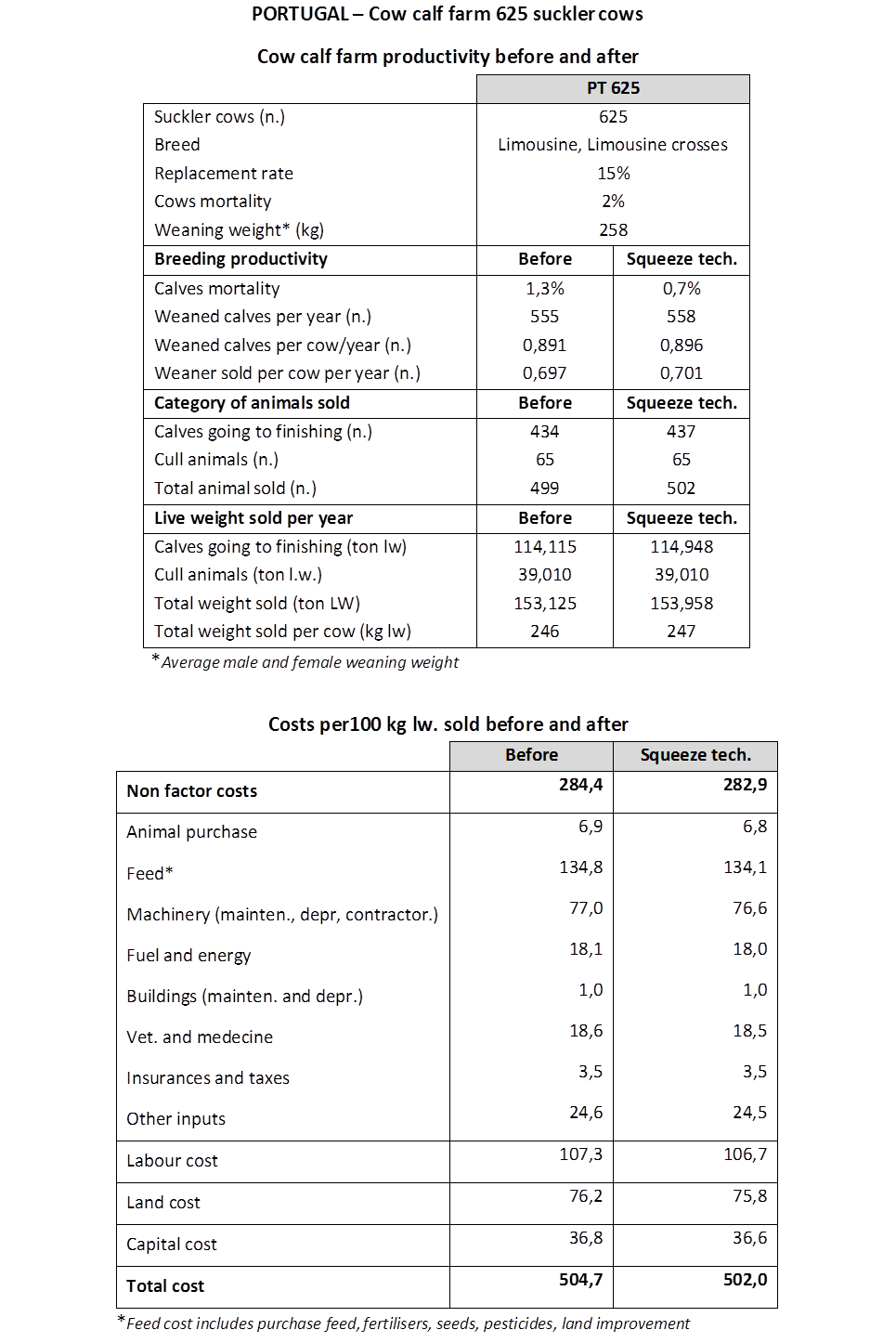 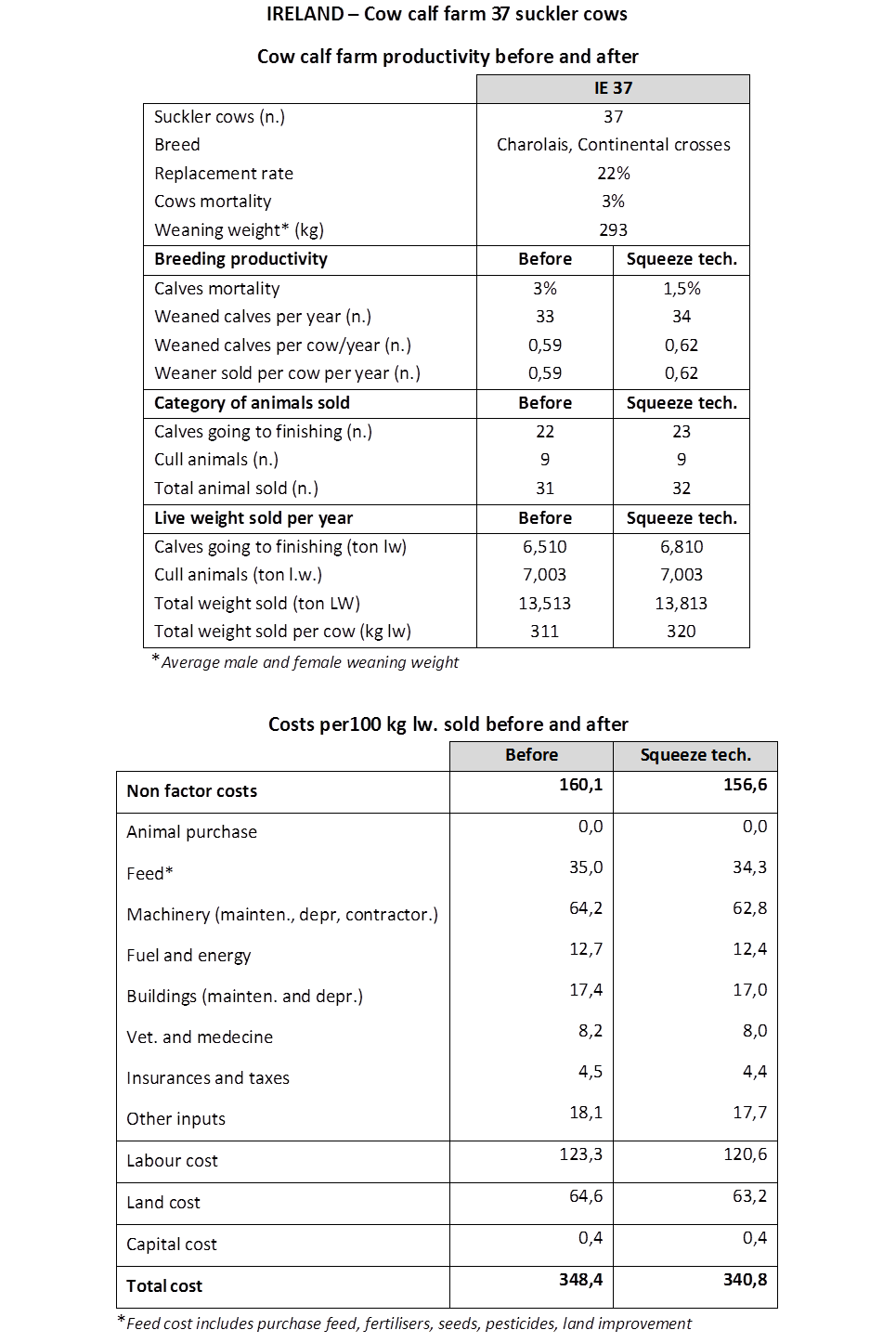 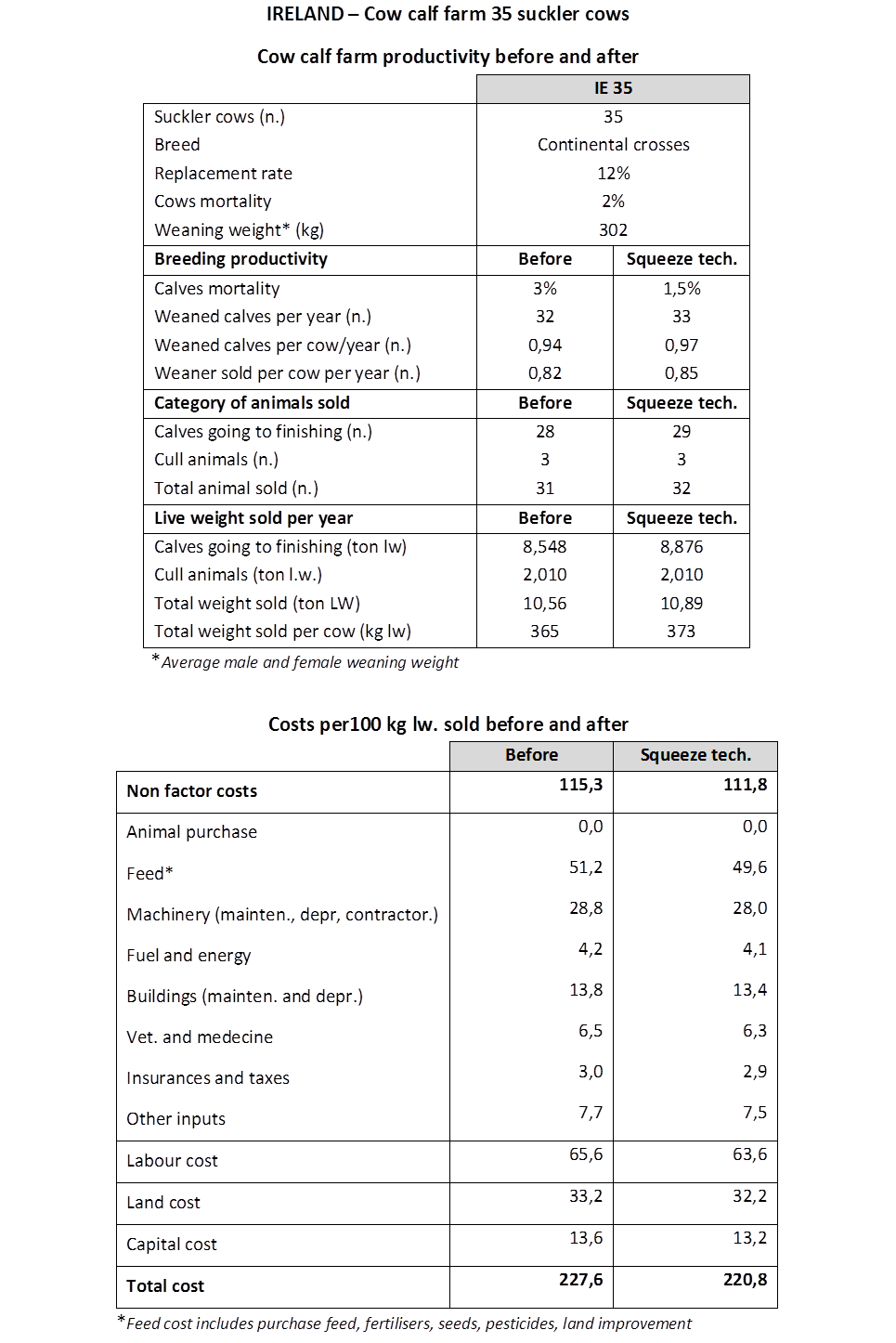 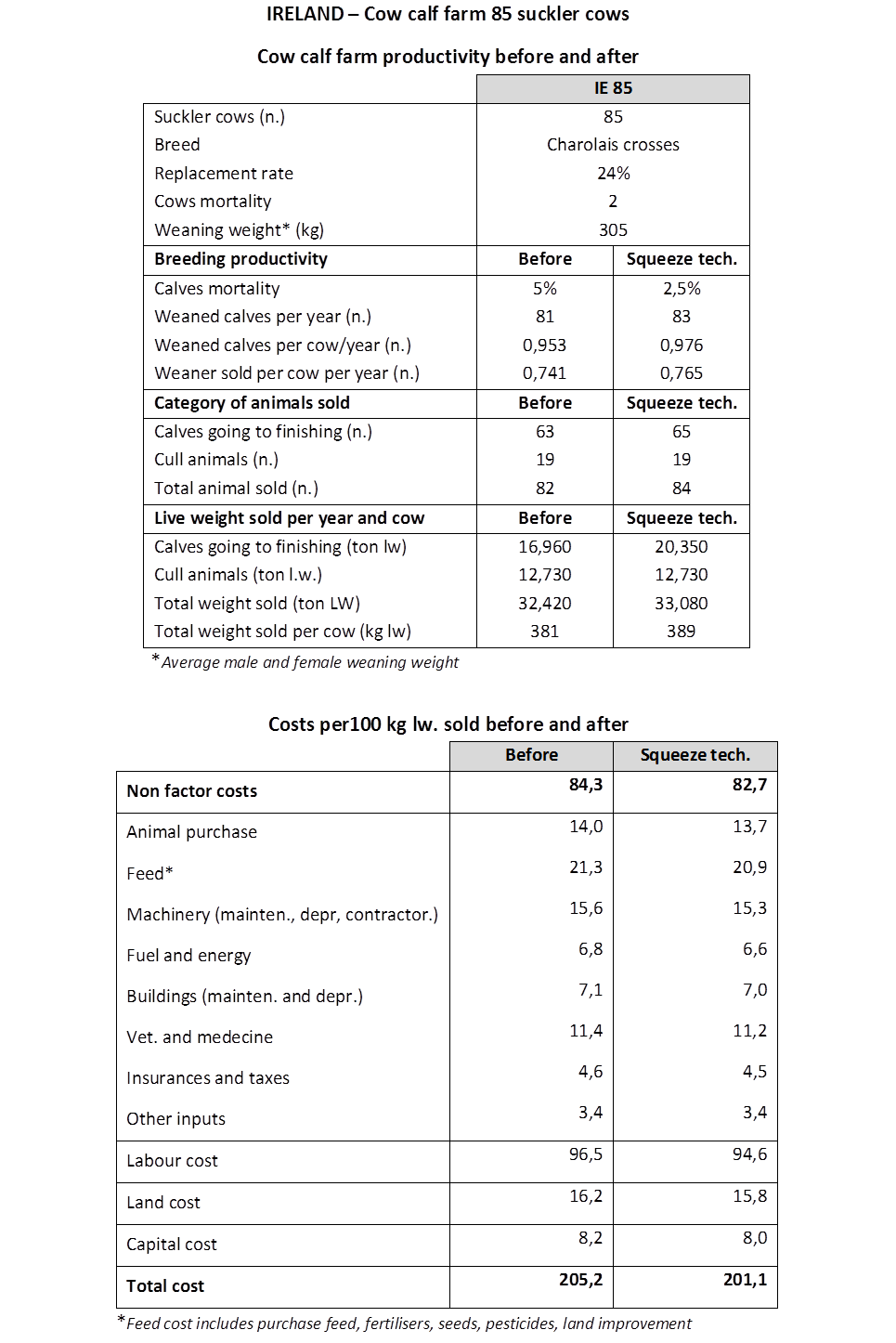 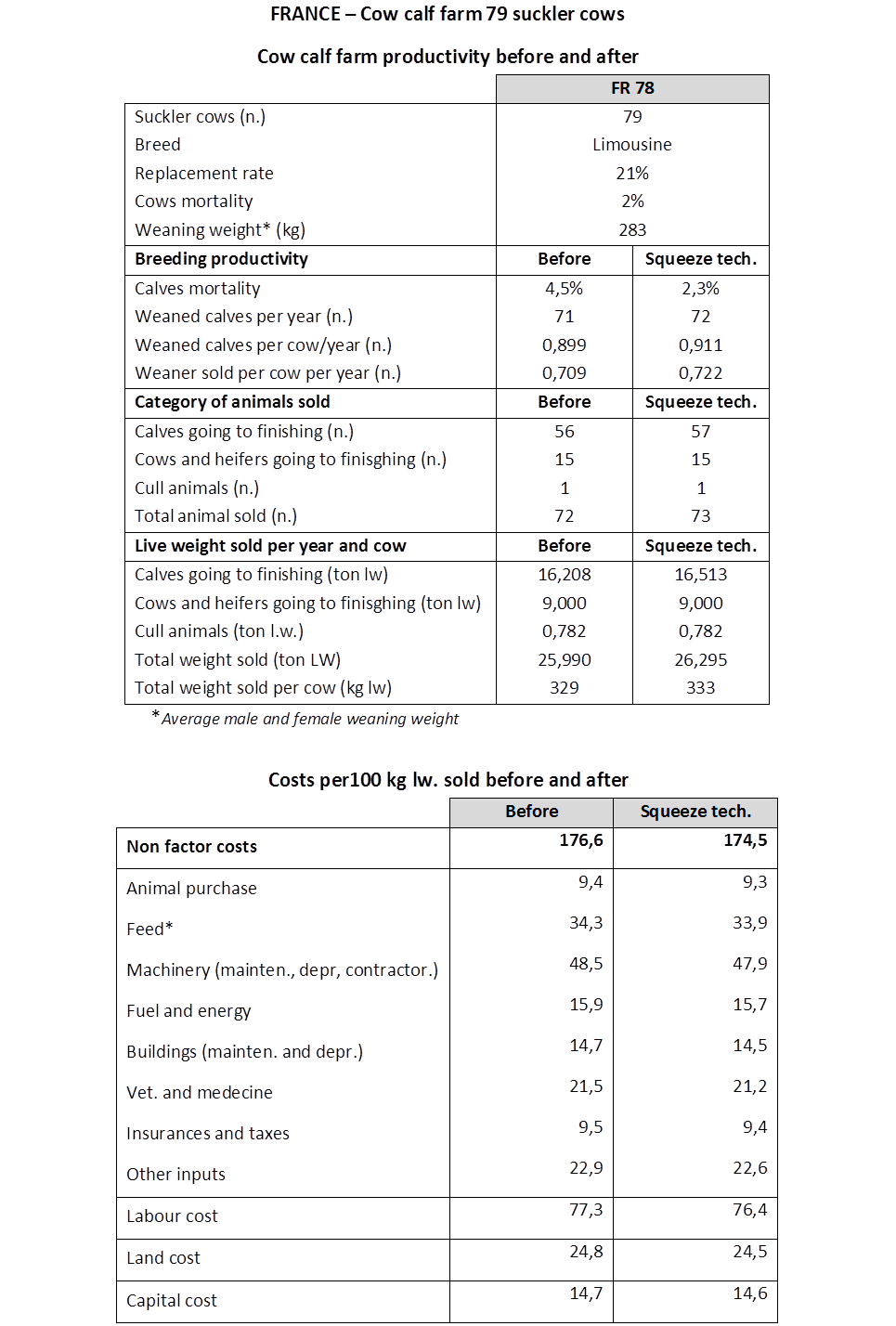 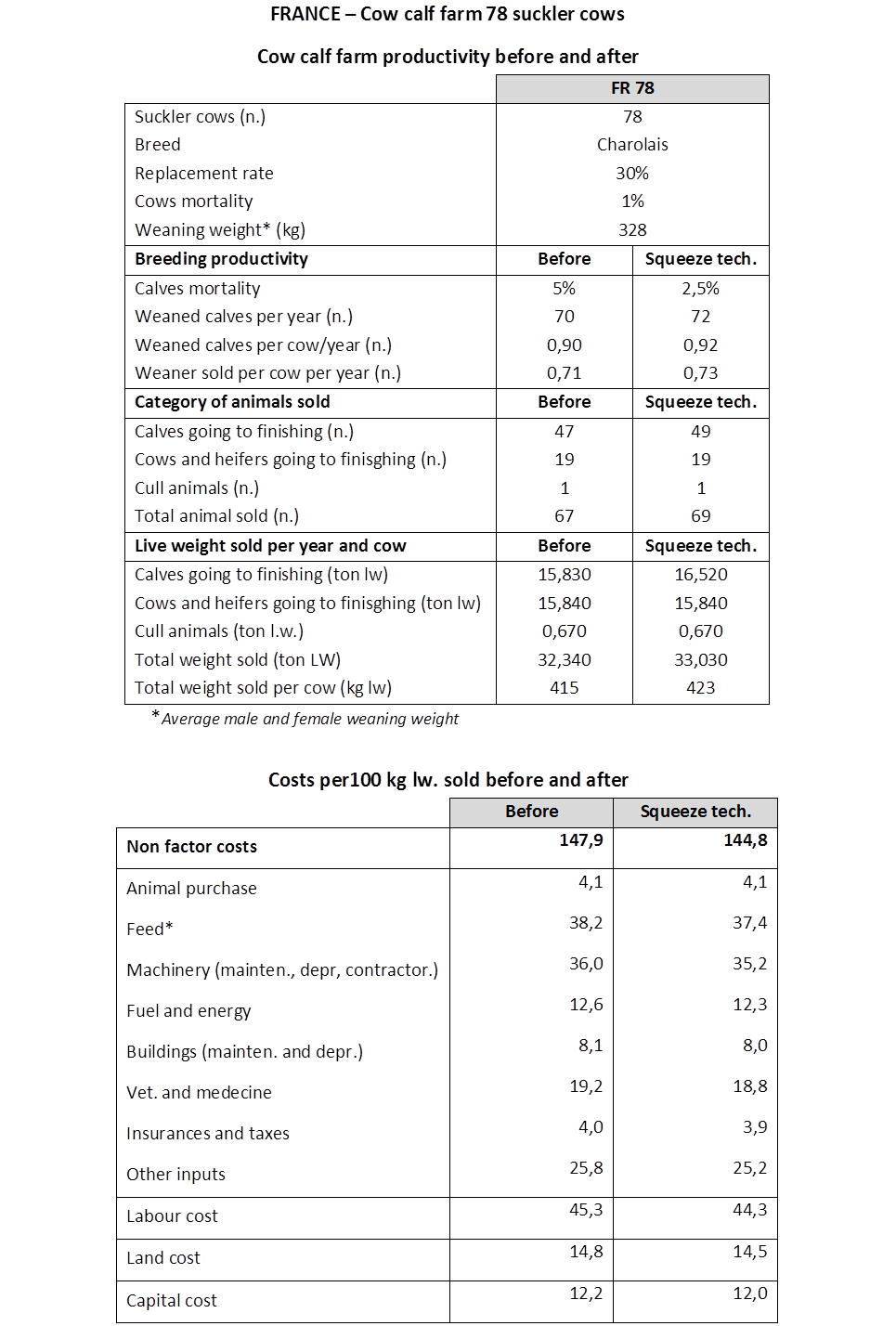 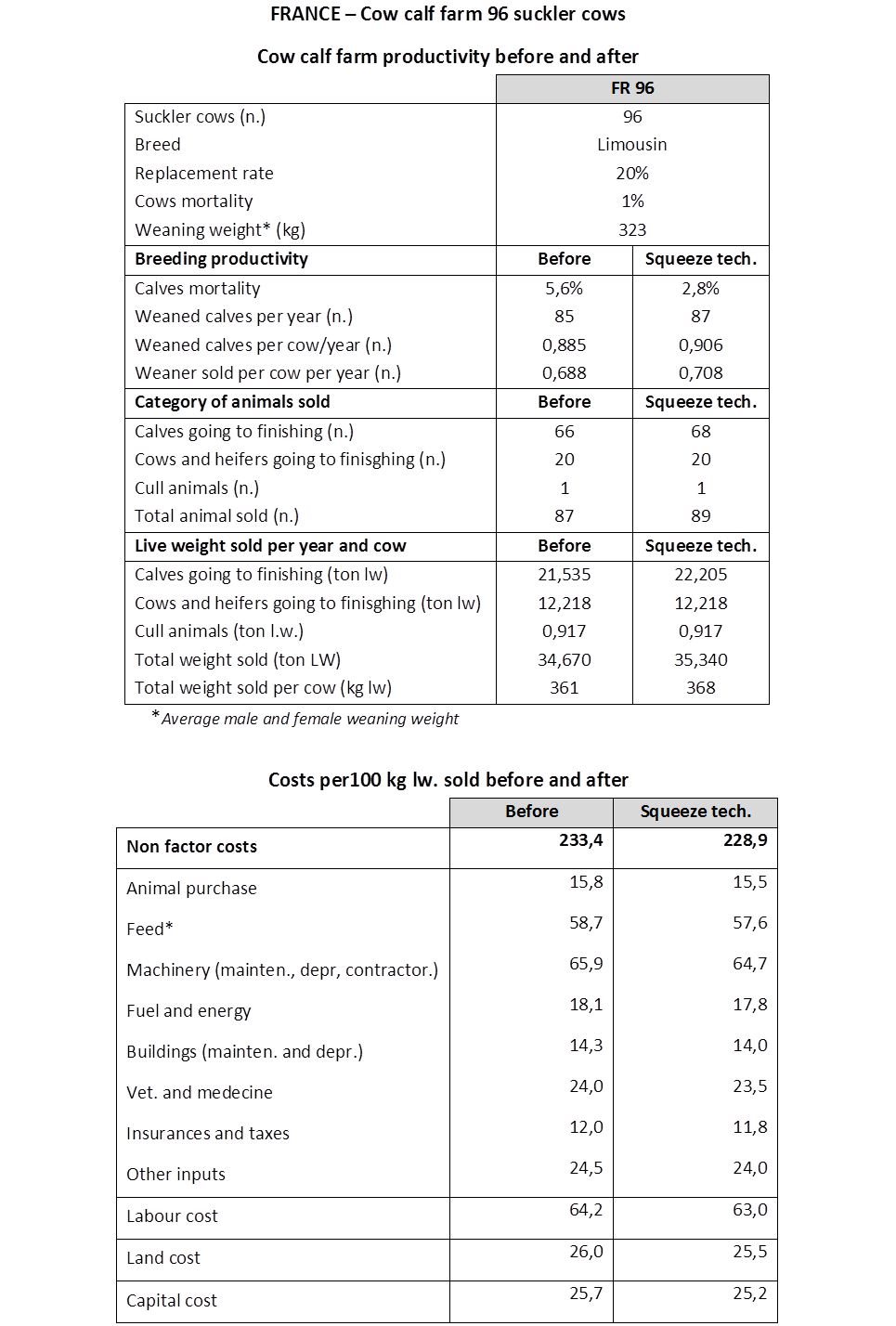