Among management practices adopted in intensive beef finishing farms, factors that (Brscic et al. 2018) have been proved to be associated with lower mortality rates are the following:

- No mixing animals during transport to the farms in order to prevent spread of diseases and cross-contamination between cattle of different origin.

- Reduction of the number of suppliers of newly bought-in animals by selecting suckler cows farms of big size or specialized calf rearing farms, capable to provide an entire batch of cattle in a single delivery.

According to the survey on 63 beef cattle farms in Austria, Germany and Italy, these good practices were found to be significantly correlated with the lowest mortality rates. Their adoption entailed mortality at least one percentage point lower than in the other finishing farms.

Simulation of the potential impact of production cost has been carried out on the Italian typical finishing farms. No mixing animals during the transport to the farm and reduction of feeder cattle suppliers have been considered requirements already fulfilled by the two farms.

The investments for pens dedicated to sick animals and to feeder cattle at their arrival for the quarantine period derive from the study carried out by CRPA for the Emilia Romagna region, concerning the system of good practices and proper management of livestock farms for the sustainability of animal production (P. Rossi, A. Gastaldo, C. Montanari; 2020). The cost for keeping farm production records derives from the same study.

The total investment per bull has been calculated considering a space allowance of 3,3 square meters in quarantine pens and 6 square meters in pens dedicated to sick animals. The investment is assumed in € 450 per square meter for both areas. Total capacity of the quarantine area is 6% of the total farm size (n. of places). The capacity of the animal sick pens is 1,8% of the total available places. Annual depreciation of the investment has been calculated on 20 years period, applying 4% interest rate.

The benefits entailed by the reduction of mortality are not only the increase of the number of cattle sold per year, but also the reduced waste of feed and other inputs consumed by those cattle that die before reaching the final sale weight, including the purchasing cost of feeder cattle died. 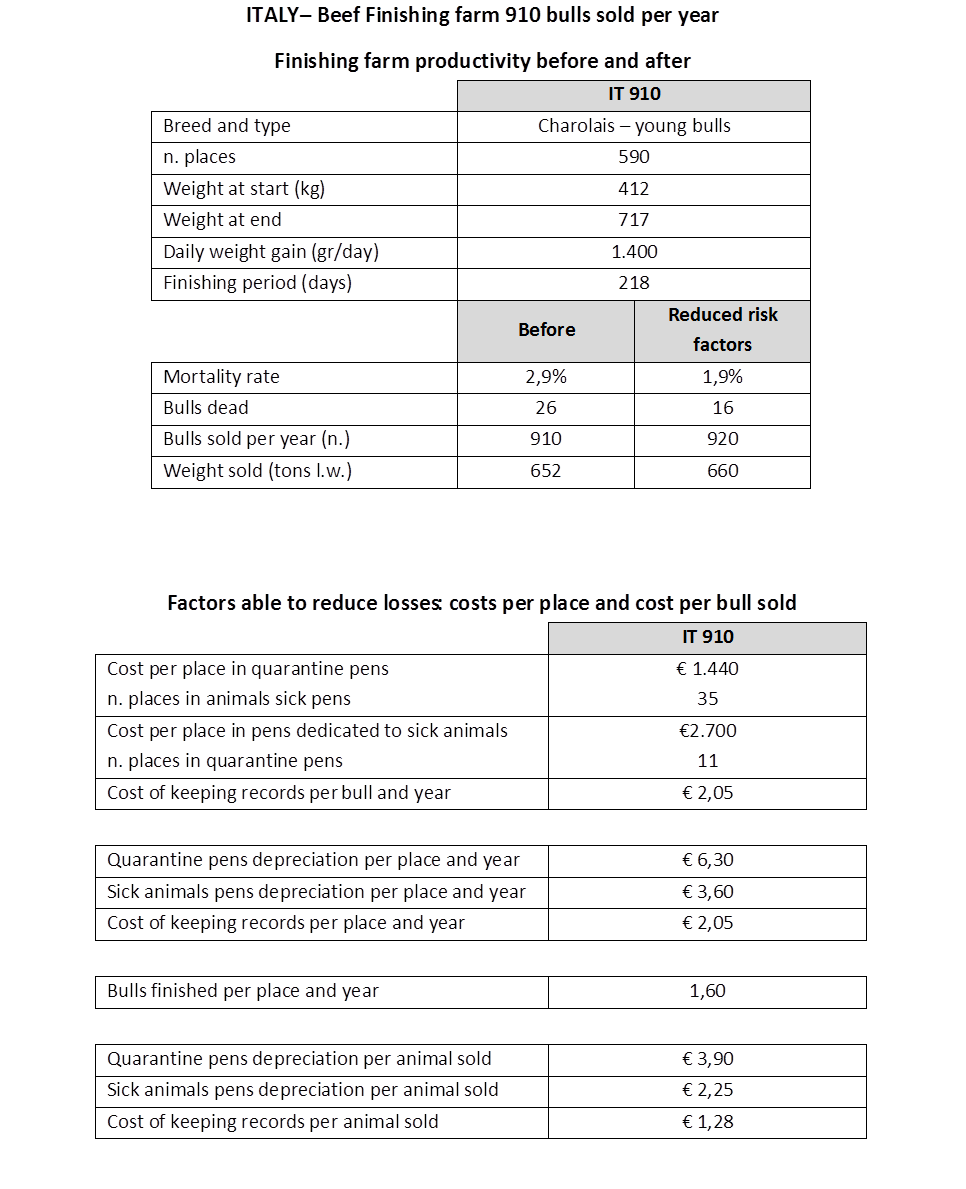 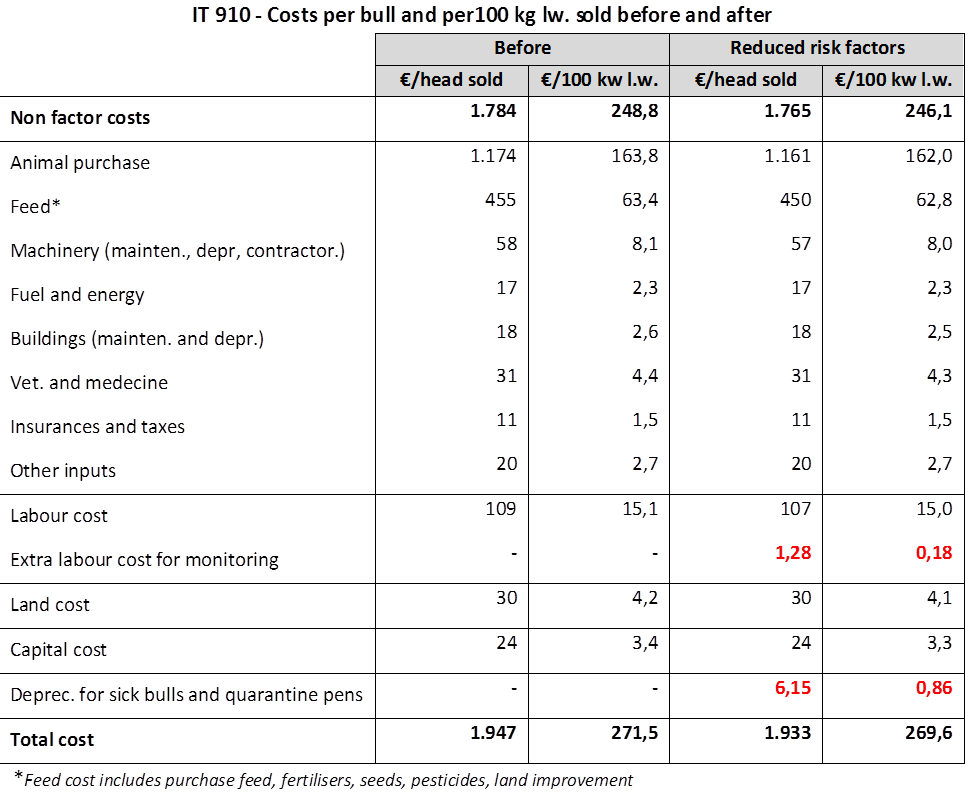 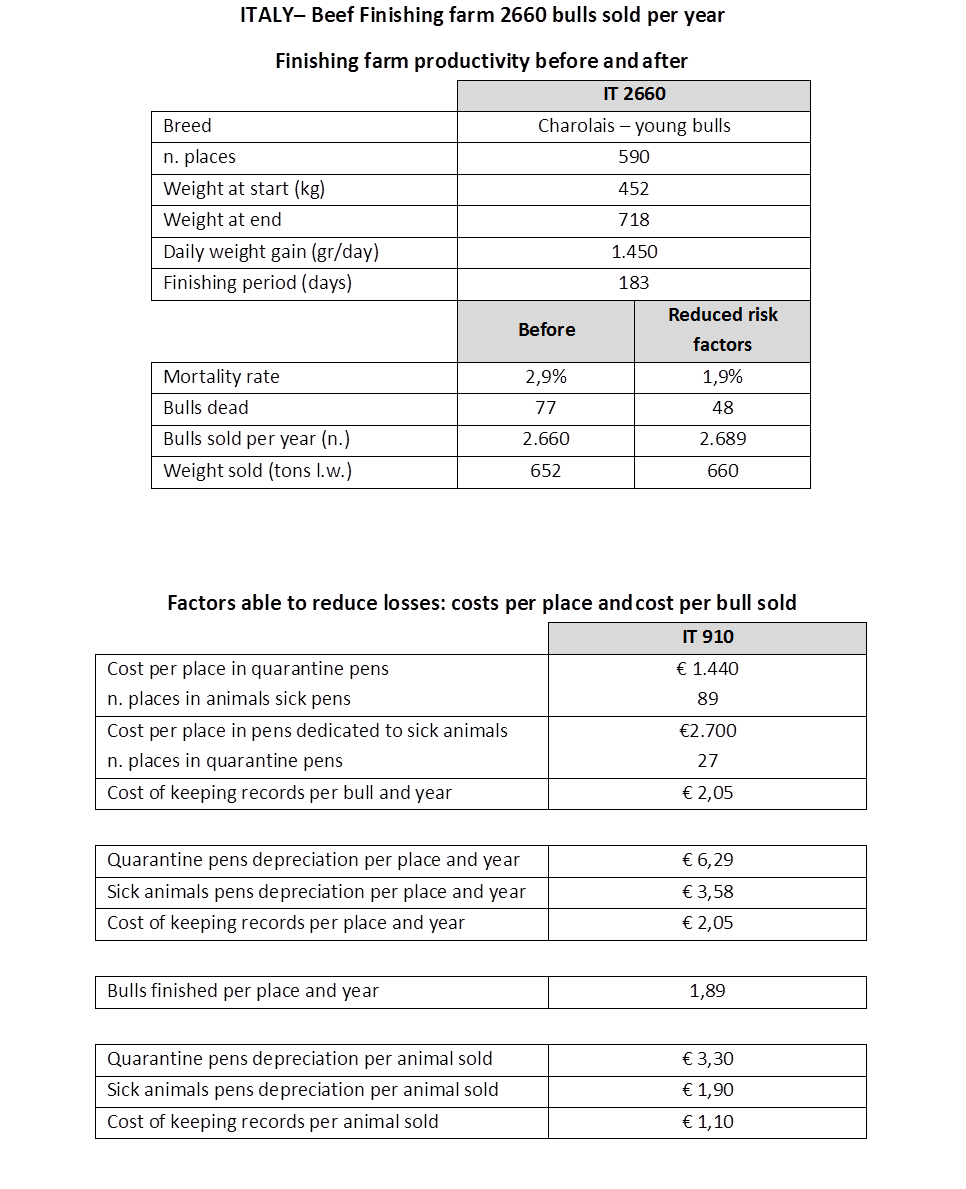 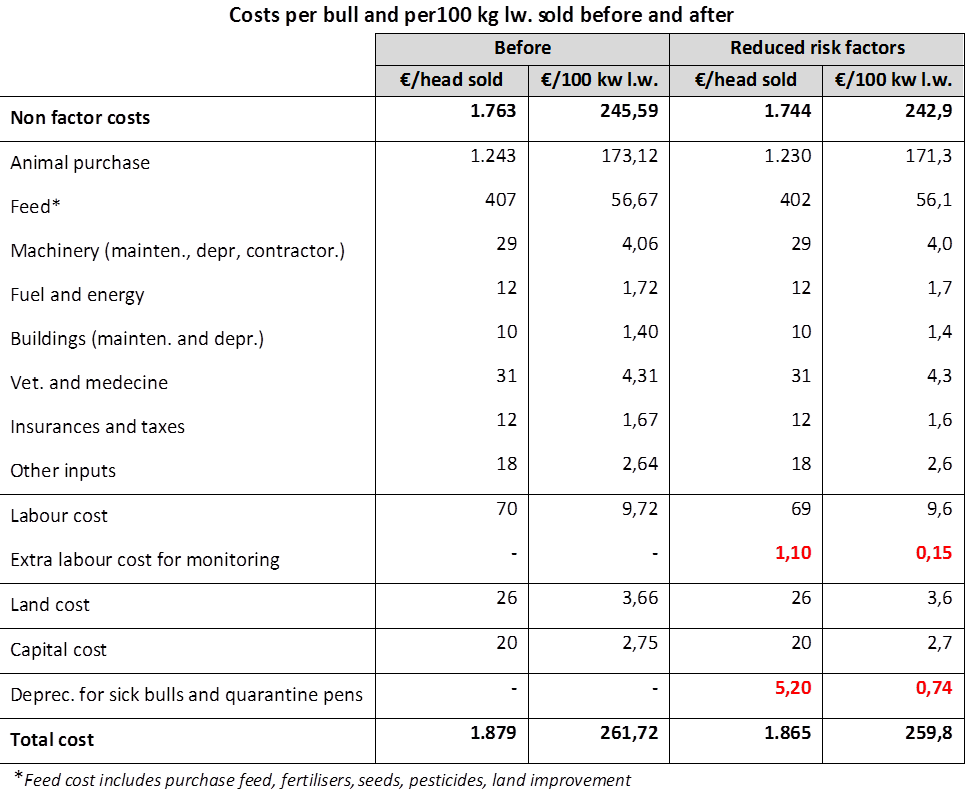