The Herdade da Parreira farm is located in the municipality of Montemor-o-Novo, in the Alentejo, southern Portugal. Acquired in 1972 by the current owners, the production system and the activities developed have undergone a huge evolution and adaptation in the last fifty years.

Currently the main activity is beef cattle production, based on an agro-silvo-pastoral system that uses on-farm forage production.

The challenge in the established plan, was to achieve feed self-sufficiency on the farm and to reduce dependence on raw materials that provide protein for animal feed.

In conjunction with this agro-silvo-pastoral system and the interconnection of rainfed and irrigated land, Herdade da Parreira has adopted an agronomic strategy based on conservation agriculture which places the improvement of soil functions at the center of its concerns. This system is based on three principles, all of which are present in the farm: direct sod seeding, crop rotation and permanent soil cover with crop residues.

Initially the production system included corn. In 2011 the strategy changed and the farm started producing only autumn-winter cereals. The substitution led to the increase of the irrigated area since the water consumption is lower and the existing water reserve allows it. 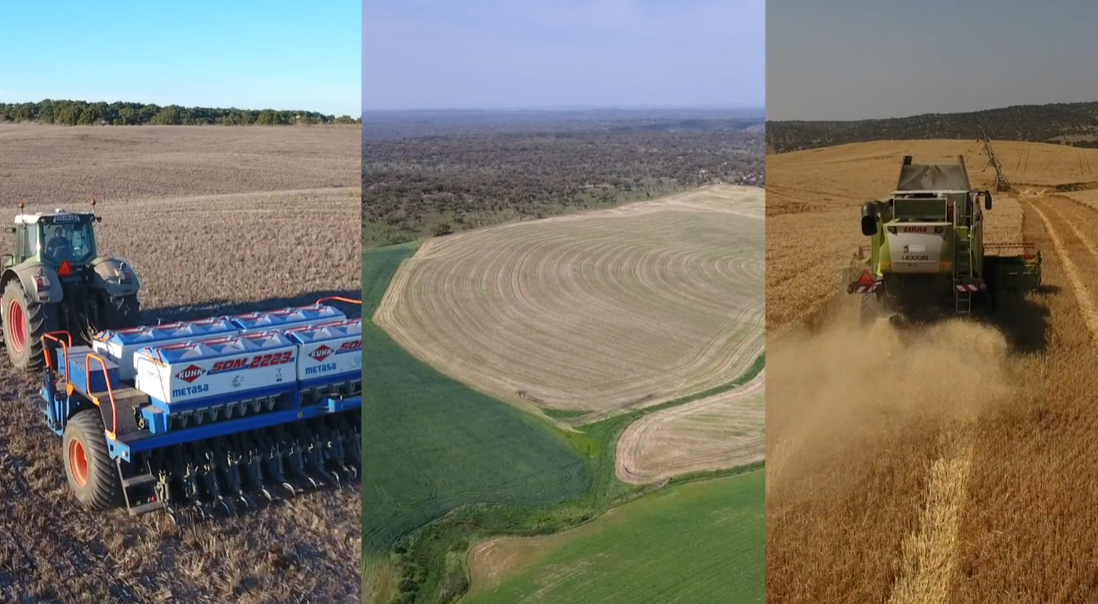 The irrigation of fall/winter crops has greatly increased water productivity and thus the irrigated area. Irrigated crops of cereals and fodder allow the existence of residues that sustain the suckler herd in the summer, eliminating the need for supplementation in this period. Irrigation was thus truly put at the service of sustaining the dryland area and its protection against the periodic droughts that have always been present. 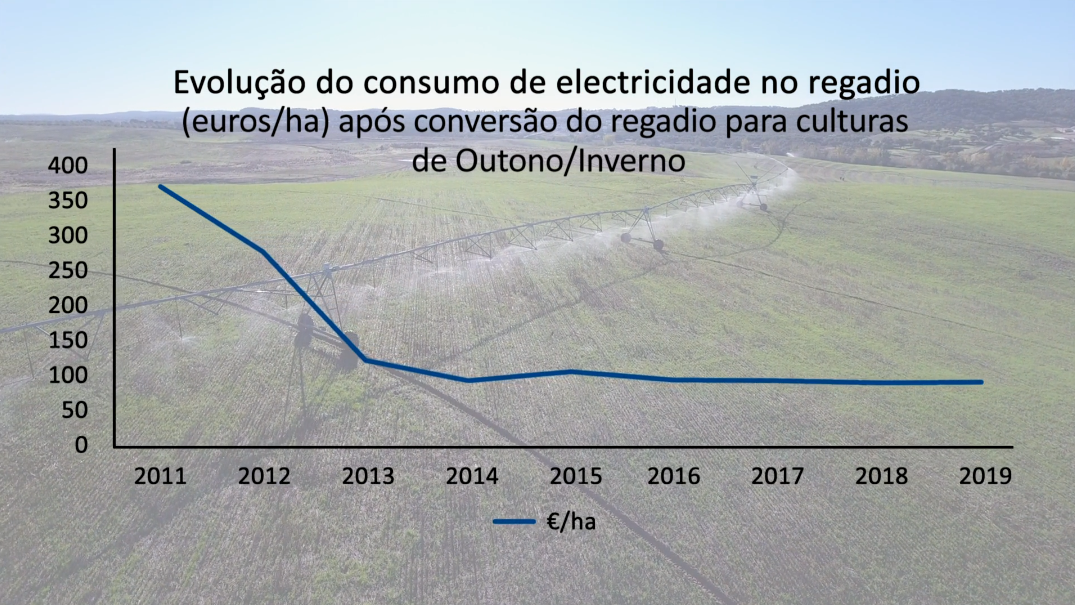 Evolution of energy consumption with irrigation (euros/ha) after the conversion to autumn/winter crops.

Also, the investment in improving pasture productivity eliminated the need for winter supplementation. Simultaneously, it improved the condition of the trees and the consequent production of acorns (this is an obvious synergy between livestock and forest). In this way, the fodder produced in irrigated areas, which can never be cheap, can be used for fattening and not for feeding the breeding herd. It is the dryland that contributes to sustaining irrigation. Alongside these options, the persistent strategy of improving soil functions that reduces climatic risks and increases efficiency in the use of inputs, was very important.

The long-term impact is an increase in revenue and a reduction in costs, as we can see in the following graph. 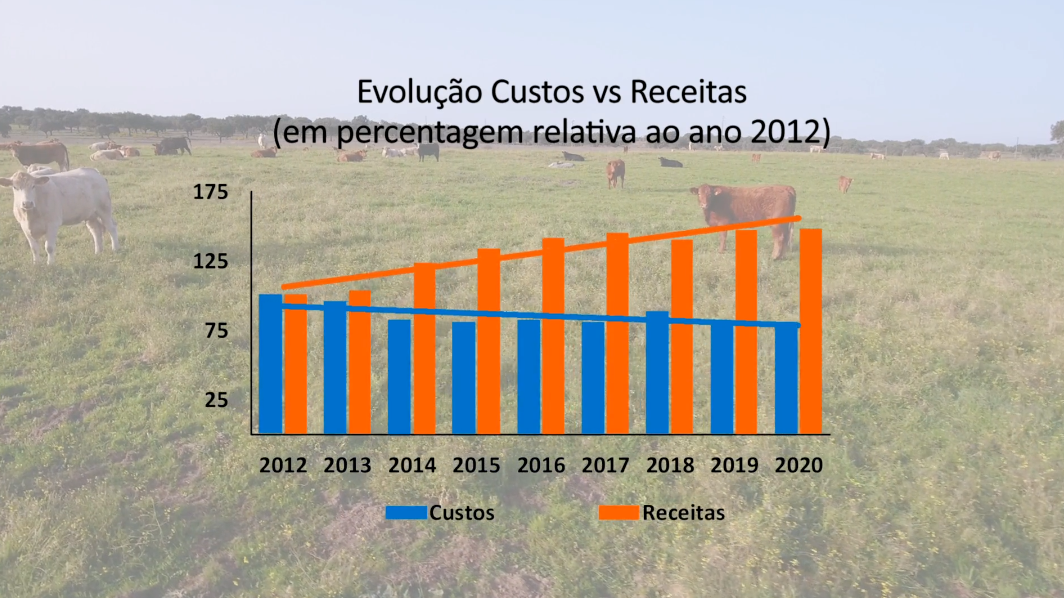 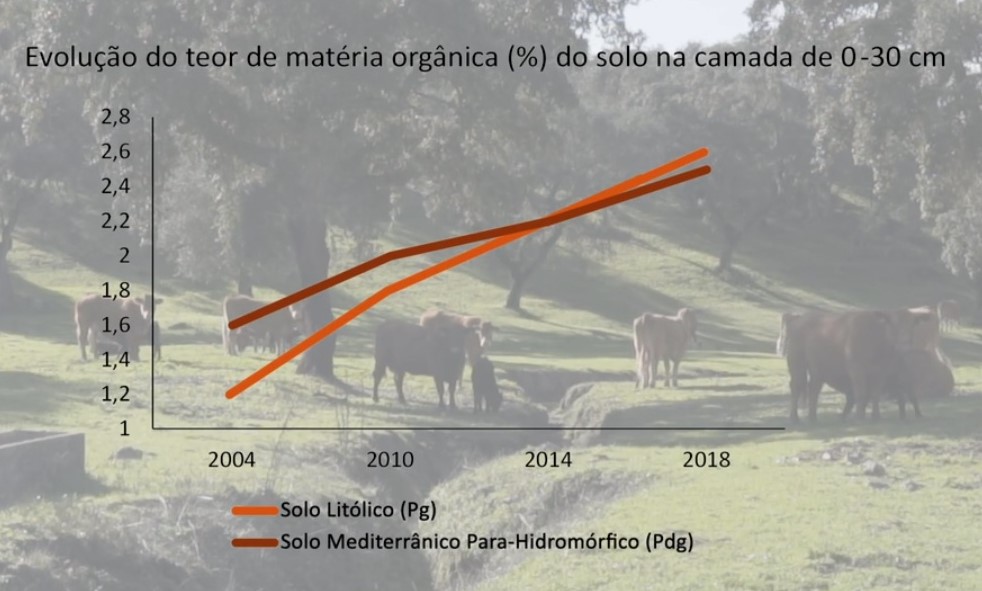 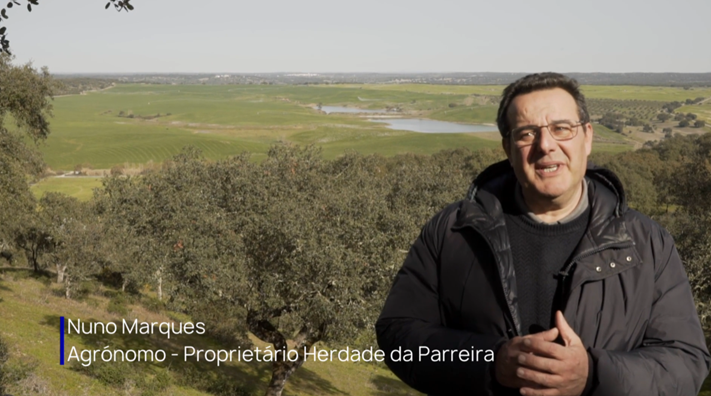 The vocation of our territory are the agro-silvo-pastoral systems, because it is the existing synergies between the three activities that allow to sustain the business given the existing conditions, particularly the soil and climate. Currently we are witnessing the disappearance of the agricultural component of the system, which weakens the other two activities, particularly livestock. The solution found to bring irrigation to the fall/winter, thus sustaining the production of cereals, is an example that must be closely followed in the country's options.