Contagious and deadly, paratuberculosis can go unnoticed and contaminate farm animals without the farmer noticing, with serious economic consequences in the medium or long term.

Description of the good practice

Paratuberculosis contamination occurs most often in the first weeks of life, with young cattle under 6 months of age being the most susceptible.  A common route of infection in young animals is the contact with contaminated faeces or the ingestion of colostrum or milk from an infected cow.

In order to combat the spread of this disease, some farmers in France have chosen to set up a sanitation plan on their farms. 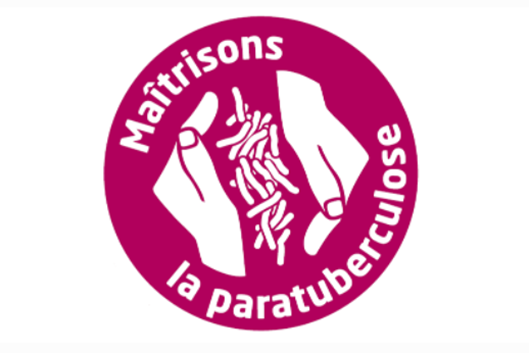 The first step is the acquisition of a certification of the herd as “negative for paratuberculosis”. To obtain the “negative” status all animals aged 24 months and over must be tested negative twice, on two instances separated by 9 months minimum and 30 months maximum. Nine to 15 months after the second negative test, and the acquisition of the certification, a first “maintenance” check is carried out and every animal aged 24 months and over is tested (the result once again must be negative). The following checks shall be carried out at intervals of at least 21 months to a maximum of 27 months on all animals aged from a minimum of 24 months to a maximum of 72 months.

Other good practices to prevent paratuberculosis include isolating positive animals, use enough mulch as cover to reduce moisture and rake concrete areas daily.

At the same time, to maintain this status, and as soon as the farm is certified, the farmer has to carry out screening tests (two tests separated by an interval of 9 months minimum to 15 months maximum) on any cattle introduced into the farm on all animals aged 18 months and up. For younger animals, the screening must be done as soon as the animal is 18 months old.

Animals bought from a herd under certification derogate from these measures: no control on introduction is necessary. It is therefore very interesting for farmers who regularly sell live animals to enter this certification process, as it reduces administrative procedures and costs for the buyers, meaning more market opportunities for the seller.

The breeder engages in a fight that will take several years but he must keep in mind that this disease causes heavy economic losses for several reasons. Preventing the disease, will avoid a decline in production, culling of unfinished animals or females with good production potential, carcass quality and an increase in veterinary costs. And as mentioned previously, there are more market opportunities for live animal sales for certified farms.

A cattle breeder in Vendée, France, has put in place two distinct solutions to prevent the spread of paratuberculosis: “I have a separate plot where I put the positively tested animals as long as they don’t show any symptoms.

I have to be careful though, because the young can get infected by hay if positive animals were on the plot before, because the bacterium can be dormant but still infectious up to 11 months in the wild.

I will see the results of this procedure next winter following the testing of the young cattle. The issue is that we do not always detect the disease well by testing, especially when the animals are less than 20 months old. It happens sometimes that animals tested negative but the following year, just a few weeks before calving they test positive.

The solution is to exclude positively or inconclusively tested animals”