Establishment of a notation on the meat product, which indicates the level of remuneration of the breeders : the “Remunerascore”

The “Remunerascore” is a display intended to provide the consumer with information relating to the remuneration conditions of beef producers. This “Remunerascore” shows, in an easily understandable way for consumers, the impact in terms of producer remuneration of the prices at which their products are purchased.

Between A+ and F, differentiated  incentive levels have been introduced (a smaller gap to go from E to D than from B to A).

The “Remunerascore”  aims to bring transparency to the price paid to the producer, to the consumer. It is through transparency that there will also be better remuneration for breeders and a fairer distribution of value in the food chain. 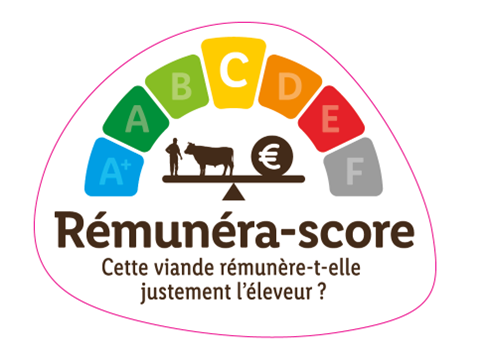 Display of the Remunerascore on a meat tray : 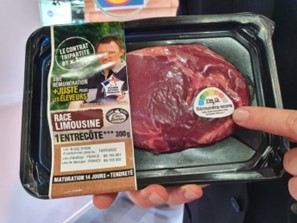 Launch of the Remunera-score during SIA2022 in the presence of LIDL, the FNB, the Prime Minister “Jean Castex” and the Minister of Agriculture “Julien Denormandie”: 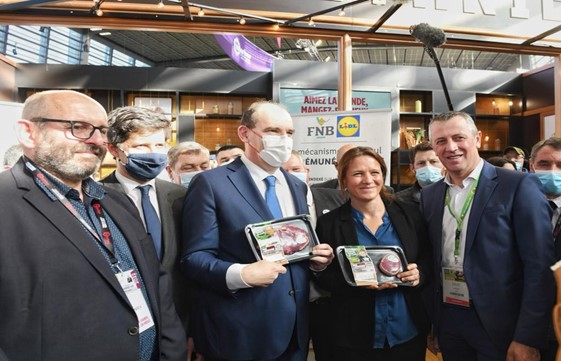 The “Remunerascore” responds to two major challenges for breeders: that of transparency, which is the key to a better distribution of value within our sector, and that of taking into account the cost of production for breeders. , in constructing the price of their products. Because that is the whole point of the “Egalim 2” law: finally allowing breeders to be paid up to their production cost,” says Bruno Dufayet, Salers cow breeder and president of the FNB