A study aimed to evaluate the potential impacts of training in good practices of cattle handling on stockpeople's attitudes and behavior, and on cattle welfare, in Brazilian beef farms. An additional aim was to investigate whether the quality of cattle handling deteriorates as the working day progresses.

The study was conducted on 24 commercial beef cattle farms (located in Northeastern Pará State, Brazil), which were classified into three groups with different levels of training: Regularly trained (TRAINED-R, n=9), Occasionally trained (TRAINED-O, n=9) and Never trained (NON-TRAINED, n=6). A total of 150 stockpeople working on these farms were categorized according to the level of training received: i) Trained (TS, n=43), those who attended formal handling skills training; ii) Non-trained, but had close contact with a trained stockperson (CTS, n=62), and iii) Non-trained, and had no contact with a trained stockperson (NT, n=45). On each farm, indicators of quality of handling (including animal and stockpeople behavior, and stockpeople attitudes) were measured on one workday, during the vaccination handling procedures of approximately 236 ± 65 (mean ± SD) heads of cattle per farm.

A questionnaire was used to determine that Stockpeople attitudes and behaviors varied according to their degree of training in good practices of beef cattle handling. People who participated in a formal training course had the highest positive and the lowest negative behavior and attitude scores, compared with people in the other groups.

Also, in the evaluation of the handling there were recognizable differences. It was observed that NON-TRAINED farms had the poorest quality of handling; thus 100% of those farms vaccinated animals in the wrong way and there were approximately 6 times more escape attempts from the squeeze chute compared with TRAINED-R farms. 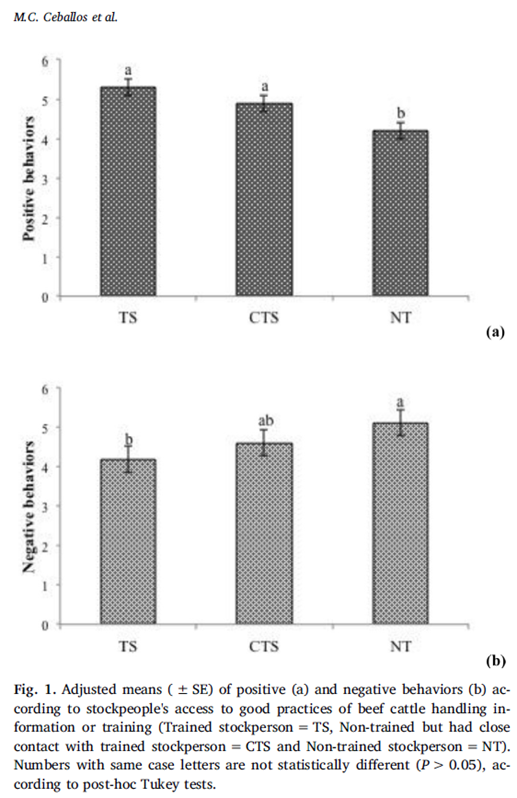 As a third point, the behavior during the working day was evaluated and it was found that an effect of the progression of the workday was only observed on NONTRAINED farms, where handling became worse over time.

The results support the hypothesis that training stockpeople in good cattle handling practices leads to better attitudes and behavior toward cattle. Good handling practices are associated with better animal behaviors, including lower reactivity and stress, not only because the animals behave better and are less prone to accidents, but also because they are handled with more positive behaviors by the stockpeople. Thus, training stockpeople can be an effective and practical strategy to promote positive human-animal interactions on beef cattle farms, improving the quality of life of both animals and workers. 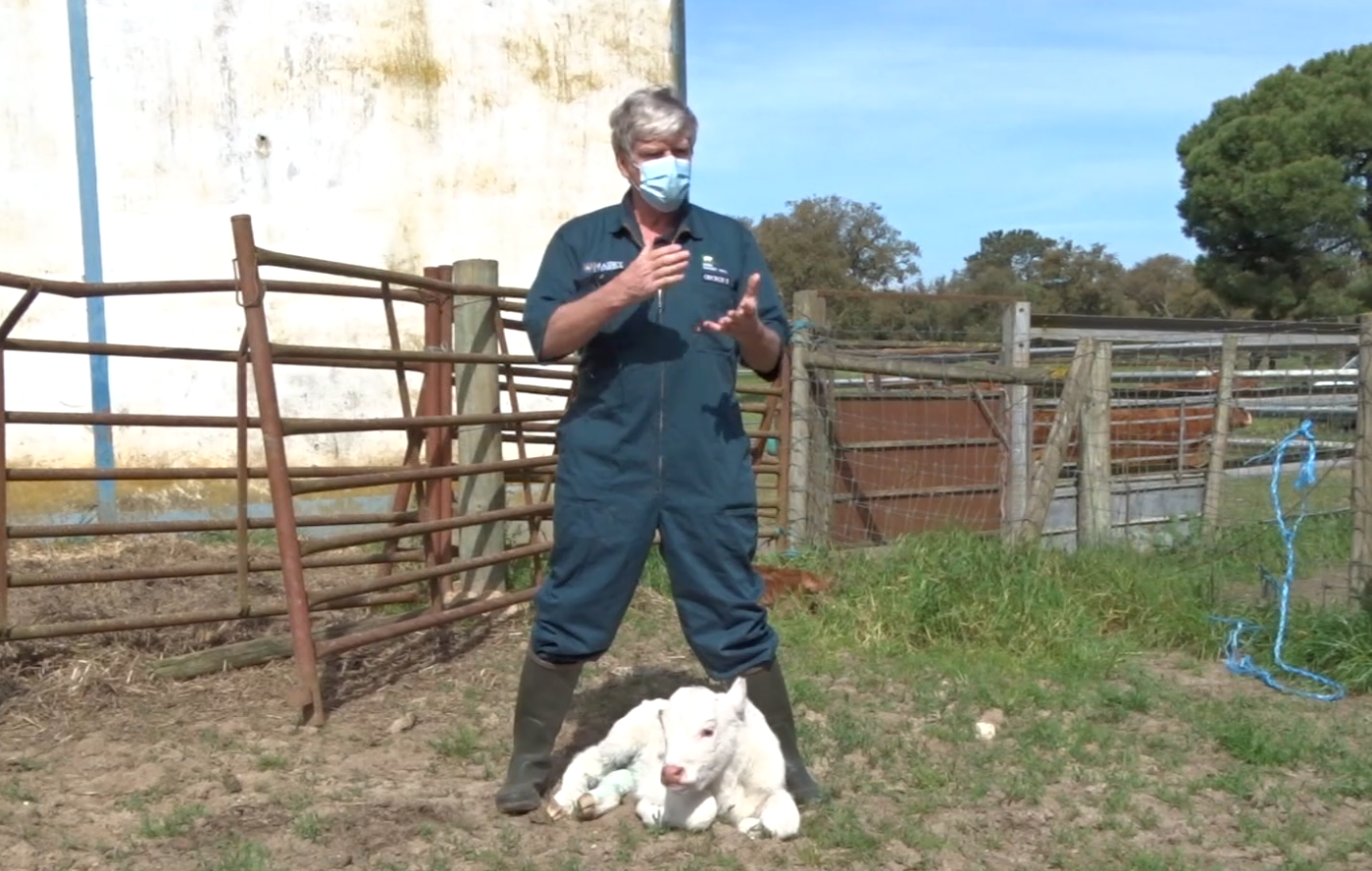 G. Stilwell during a BovINE Demonstration on calf vitality