A suckler-fattening farm in France without unproductive females

If in milk production the calving interval remains useful to monitor, it is essential in suckler farming.

To reduce the calving interval, multiple solutions exist, but one of them consists in an optimised herd management, specifically considering culling/replacement.

Description of the Good practice.

A Charolais cow breeder of about 200 Charolaises for 300 hectares based in Allier (French Department) has managed, for example, to limit the calving interval between 365 and 370 days in recent years, well below the average calving interval of the breed in France (400 days).

He conducts his animals only in artificial insemination, an uncommon practice in French suckler farming, and works with group calving over the months of November and December.

He mates all his females at least once in their lives (no sale of female calves) and chooses after each calving which female will be put back to a breeding process and which female will be fattened. Thus, if the female returns quickly in heat (detected thanks to the overlaps), it will be inseminated before grassing (end of March). If the female does not return in heat in time or the insemination does not take place, she will be fattened instead. It was in 2009 (he started working on the farm in 2003) that he got this idea, and it has spread to a few farmers in the area.

The departure of his females after a first attempt to breed allows the breeder to test all the females before making a choice but also to limit the number of unproductive cows, with a renewal rate of 35% (20% for France in general).

It carries out a rapid cull of unproductive cows or with problems at calving, such as the death of the calf, a difficult calving that strongly impacts the return to a state sufficient for heat, dangerous behavior at calving which also allows to have ages at the cull low enough to not penalize the price of carcasses (lower from 6 years of age). 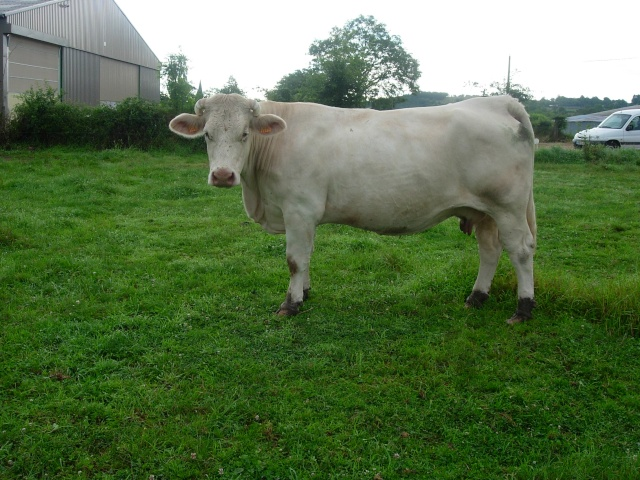 The renewal rate reaches 35%. My selection criteria are very simple: the cows I keep are those that return in heat quickly and are inseminated  from January 25 until grassing at the latest (March 31 approximately).

By working in this way, it allows me to play on the fertility of the herd, it's worth it too: I don't have unproductive cows. Cows are either full or fattening.

To achieve this result, I would also say that we must also be rigorous on rations, trace elements and vitamins, food transitions and the management of parasitism.