Methods to reduce calf mortality and ensure a calf every year from beef cows in Natura area, by advancing the calving season and vaccinating against rotavirus

In Estonia, there are many beef cattle herds grazing Natura areas. Particularly on the coast or islands, these areas are difficult to access, large permanent pastures where animals move over very large areas, where they are moved in the spring and collected in the autumn (September). When suckler cows calve in spring-summer, it is difficult or impossible to organise the tagging of calves, calving assistance and other veterinary procedures (such as castration). It is therefore necessary to improve the system through good husbandry practices so that the farmer gets 1 live calf from his suckler cow every year. 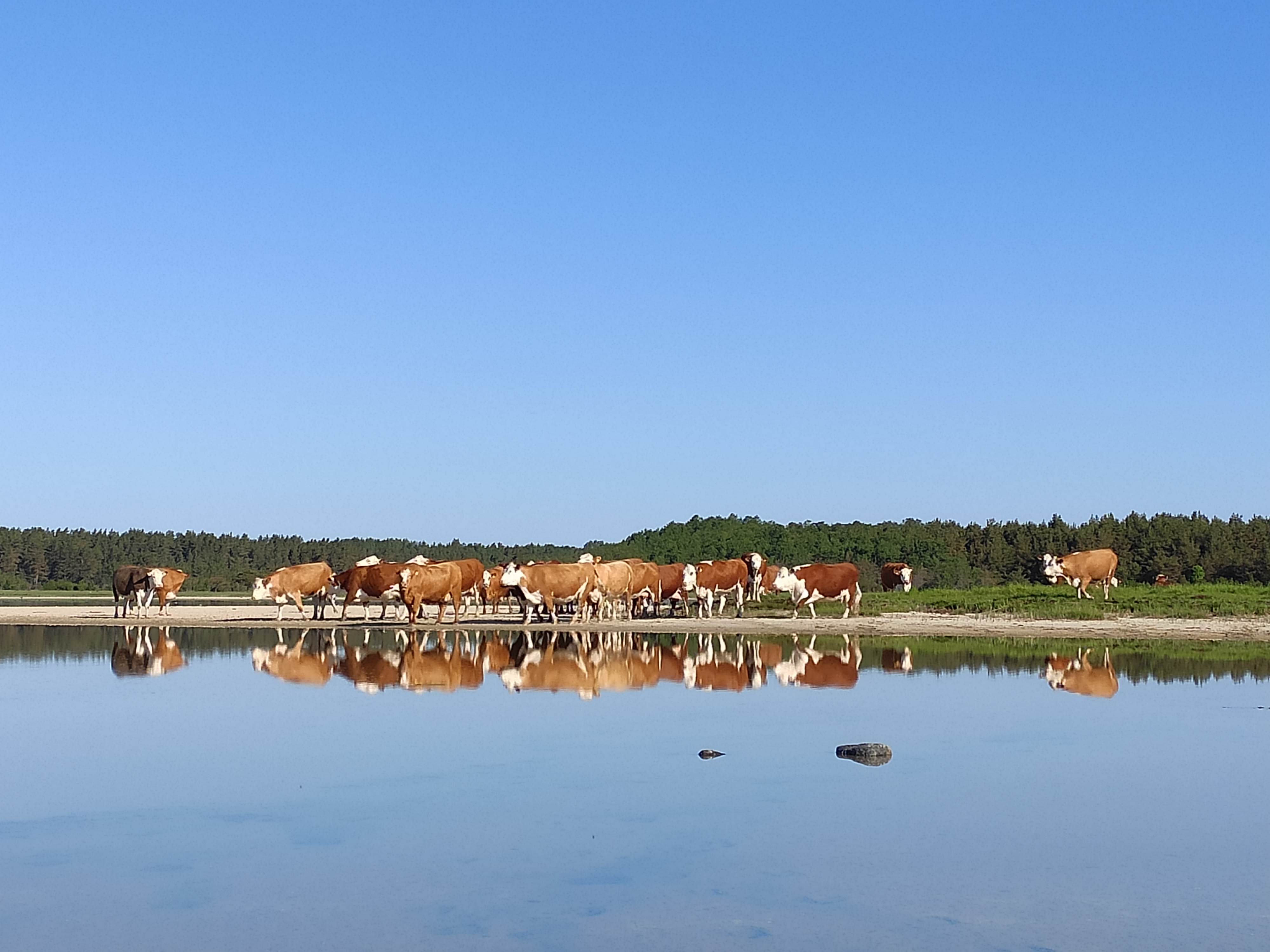 We give the example of a family farm in Vormsi as a good practice. The farm is located on the small island of Vormsi - a 93 km² island in the Baltic Sea, in the territory of Lääne County. It is the fourth largest island in Estonia. As of 15 October 2021, Vormsi municipality has 397 registered inhabitants. The island of Vormsi does not have its own veterinarian, so veterinary assistance arrives by ferry. Disease prevention and the prevention of calving problems are therefore of utmost importance for this family farm. The grazing area of the Simmental and Hereford cross-breed cattle in the coastal semi-natural area of Vormsi is 200 ha in a Natura area. Silage and hay are harvested from 145 ha of permanent and cultivated grassland. The animals are not fed cereals or other concentrates. The total number of animals is 250, of which 110 are suckler cows. Their farm is also the only larger cattle farm on the island of Vormsi.

In Estonia the beef cattle cows calve between March and June and the calves are weaned between September and November. The bulls usually go into the herd to mate in June. On this farm, a system is in place - in order for the cows to all go to pasture in Natura areas without calves, the bulls are put into the herd in January - February, during the winter in the barn period. Calving then starts in October and lasts until December. In February all bull calves are castrated, up to 2 months of age. At the end of April and beginning of May, the calves are weaned, so the suckler cows go out to pasture without calves. The young cows go to a separate cultivated grassland closer to the farm. In mid-May, the grazing period starts, and the suckler cows are either walked to more remote Natura areas or transported by cattle truck and tractor. 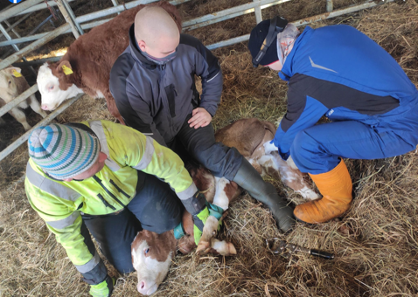 Figure. Castration of young bulls at the farm

In September, the suckler cows are brought back from the pastures and given rota vaccine.  In October the cows start calving.

The steers and heifers are marketed by the farmer when they are 13 to 15 months old and have a live weight of 550 to 600 kg. The animals are sold under the quality scheme for grass cattle.

As a result of this grazing and calving practice, the farmer ensures controlled calving and monitoring - there are cameras in the barn. After two years of shifting the calving system, there have been no calf losses as the animals are monitored daily. To mitigate the risk, suckler cows are also vaccinated against rotavirus. Diarrhoea is present, but in a milder form and calves have not needed any further treatment. Natura areas are naturally very diverse but have quite low nutritional value and difficult terrain, so it is good practice to move pregnant cows there rather than calving cows. The young animals graze in cultivated grassland close to the farm, which also provides high quality silage and hay for winter feeding, so the cows receive high value silage during the lactation period. At the same time, the natural landscape is well cared for with the animals, the cattle are in good health and calving is easy, there is no risk of fattening of the suckler cows on grassland.

"Every region is different, we have found our way of farming is to make the most of the low nutritional quality of the coastal pastures in the area, while at the same time we achieve a good growth rate for young animals without concentrate and grain feeding and we realise the animals young." Ege Kanarbik, owner of Vormsi farm. 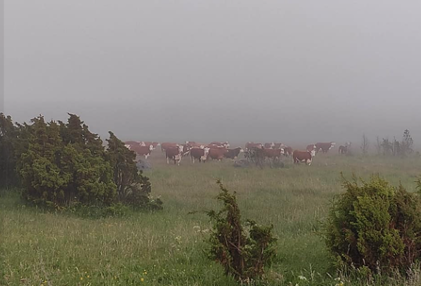