Goal-oriented feeding for a corresponding age at first calving

Many suckler cow farms practice seasonal calving. Only one calving period per year means integration into the herd rhythm is possible for heifers calving at 24 or 36 months of age. When age of first calving is 36 months, heifers are sometimes overweight, their birth canals are fatty, and there is a high risk for dystocia. 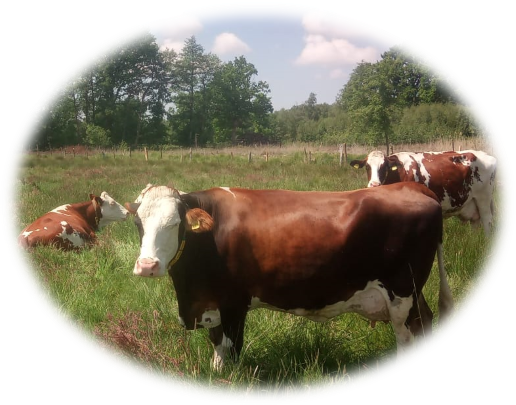 To overcome the problem of obese heifers during calving, a decreased first calving age can be a solution. In order to calve at the age of 24 months, insemination must take place at around 15 months of age. At the time of insemination, the heifers should have reached about 60 to 65% of the weight of an adult cow of their breed. At birth, the weight should be about 80% of an adult cow of its breed. This requires continuous and rapid growth during rearing through a targeted growth management with 1 kg / d weight gain pre- or post-weaning. Immature heifers give birth to very light calves or suffer from dystocia (due to the small pelvic area).

The age at the first calving is one of the possible adjusting screws for the economic success of cattle production. A decreased age of first calving means a reduction in rearing costs due to a shorter unproductive time of the animals in the herd.
First calving at the age of 24 months carries the risk of dystocia due to immature dams, a year later there is the same risk due to obese heifers. In both cases, a planned feeding regime for replacement heifers is an important tool!