The demo organized by the Universidad de Zaragoza was held at a livestock farmers' fair on the 21st of September 2021 in Zaragoza, Spain. The event was attended by 32 participants, including beef farmers, advisors, technicians, researchers and students.

According to F. Maroto, some devices for heat or birth detection available in the market are not adapted to the conditions of extensive cattle suckler beef production in Spain. That is why a research study was carried out, in partnership with a Spanish company Digitanimal S.L., in order to add new functionalities to collars already available on the market. 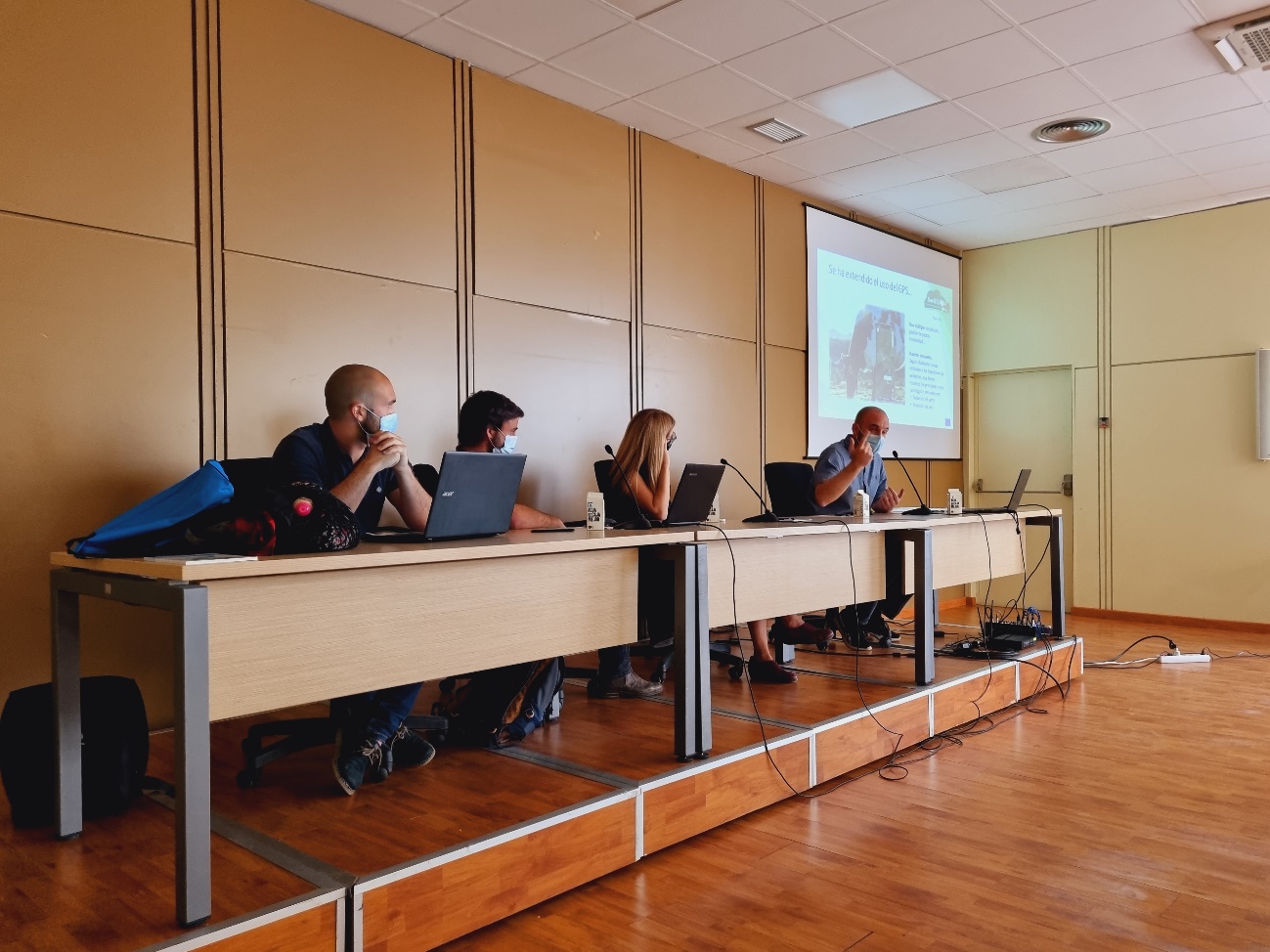 How does it works?

The combination of the GPS collar and the ear tag, allows monitoring the location of each cow and the movement of the herd in the field (by including the devices in several animals).  The bluetooth ear tag works as a proximity sensor, scanning around it and identifying which animal is nearby (maximum 50 meters). This information in the cloud is used to detect heat, which is predicted by the proximity of the bulls, and calving, since the cow changes its movements and proximity to detect when it is close to calving. The device allows further uses, such as providing information to improve grazing management.

In his 15-minutes presentation, the researcher covered the following items related to the innovation:

After his presentation, the attendants had the opportunity to ask questions and clear their doubts about the innovation. Furthermore, a written survey was collected to know their opinions. The presentation was recorded (in Spanish) and is available:

Farmers present in the event pointed out the benefit of improving the quality of life of the farmer, knowing where the animals are, and saving time in finding them and facilitating the monitoring of animals in the extensive farms. Furthermore, in extensive production without AI, heat detection is useful to identify cows returning to heat, so no pregnant to take early decisions to improve management. And calving detection permits to act at the opportune moment, avoiding possible problems, such as calf death.

- If internet coverage is limited, data loss may occur.

- Small areas where animals do not move far away from each other, make it difficult to evaluate proximity data.

- The frequent handling of cows such as moving animals to different areas will register these movements, generating false positives. 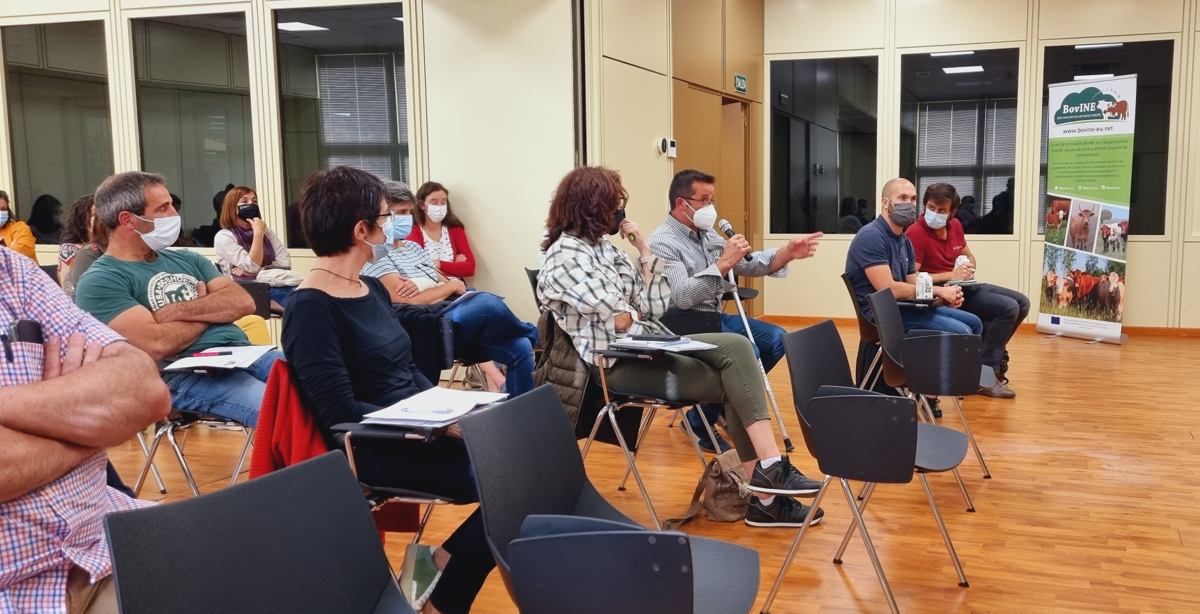 Demonstrations on Automated estrus detection were also carried out in Ireland and France.

Link to the innovation on BKH: https://hub.bovine-eu.net/optimizing-the-number-of-calves-per-cow-per-year-in-suckler-beef-herds-/estrus-detection-in-suckler-cows-using-automated-on-farm-tools-