An artificial neural network (ANN) is a computational model that consists of several processing elements that receive inputs and deliver outputs based on their predefined activation functions. One of the main features of these new technologies is the generation of large volumes of data, often in real-time, which can be used to analyze and find patterns within production systems, for problem identification and decision-making. Many researchers have found the high effectiveness of ANNs application in cattle breeding, making these digital tools ever closer to the farmers' day-to-day life.

That is why in Poland, a research was conducted to investigate the usefulness of ANN in the prediction of slaughter value of young crossbred bulls based on growth data. The studies were carried out on 104 bulls fattened from 120 days of life until the weight of 500 kg (up to 16-18 months). The bulls were group fed using mainly farm feeds (35% of grass silage, 35% of hay and 30% of concentrate). After slaughter, the carcasses were dissected and the meat was subjected to physico-chemical and organoleptic analyses. The obtained data were used for the development of an artificial neural network model of slaughter value prediction.

Traits such as hot carcass weight, pH, tenderness, juiciness and meat marbling had a high coefficient of correlation (0.97, 0.91, 0.90, 0.91, 0.88 respectively), and more results can be seen in Figure 1. These results demonstrated that some slaughter value traits can be predicted with considerably high accuracy from growth data using the artificial neural network. 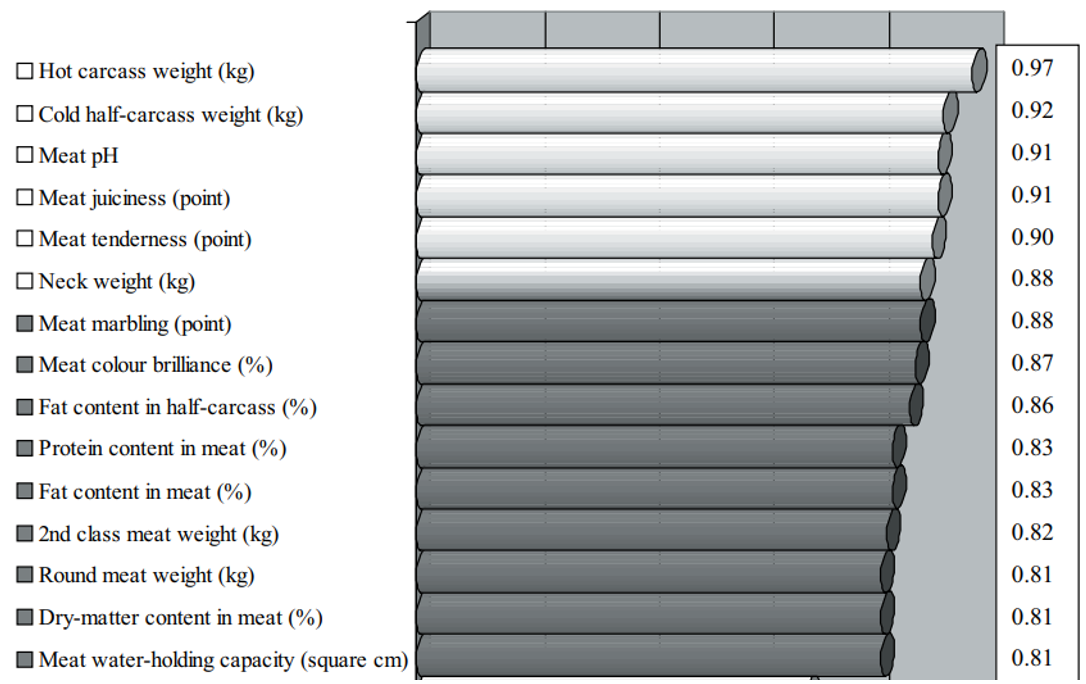 The artificial neural network can be treated as an interesting alternative to traditional models when examining animal production data. Although the results obtained are promising, future research on optimization of neural configuration, choice of input and outputs and possible data preprocessing is necessary to increase the prediction accuracy.

Impact on: Production efficiency and meat quality and socio-economic resilience - as prediction of meat quality, have an impact on the production system, feed planning and farm-work planning to receive the highest payment for market’s demanded meat.