Our herd of suckler cows was created by crossing of our dairy cows with pure Limousine bulls as well as by purchasing of purebred calved heifers from Farnce - said Łukasz Karmowski, the owner of the herd.

Currently, the average Limousin's blood in our herd is over 98% and our goals have changed. We would like to inseminate our best cows the semen of the best bulls in order to produce very good breeding material - mainly bulls for our own use and for sale. We would also like to produce embryos from the best dams that can be transferred to our lower value heifers. Thanks to this, we are able to achieve breeding progress without the costly and risky purchase of breeding material from the outside. Therefore, we decided to use oestrus synchronization.

This protocol is recommended for both cows and heifers. Cows should be inseminated between 60 and 66 hours after CIDR(TM) removal. Insemination time for heifers is recommended at 52 to 56 hours after CIDR(TM) removal. A shortened 5-day CO-Synch + CIDR(TM) protocol is another option for cows, in which two full doses of PG given eight hours apart is critical for the success of the shortened protocol. Started to use it in last season 2021. The estimated cost of applying the protocol is around 200 PLN/head excluding semen straws. The heard is accounting for around 300 cows, mainly Limousine but also few Beefmasters. The protocol is predominantly used for best heifers and cows od the herd. A couple years ago embryo transfer has been applied on the farm. The main reason of introduction of the ET was purchasing best genetic Angus embryos from USA.

The breeding season stars at the beginning of May and ands mid July. 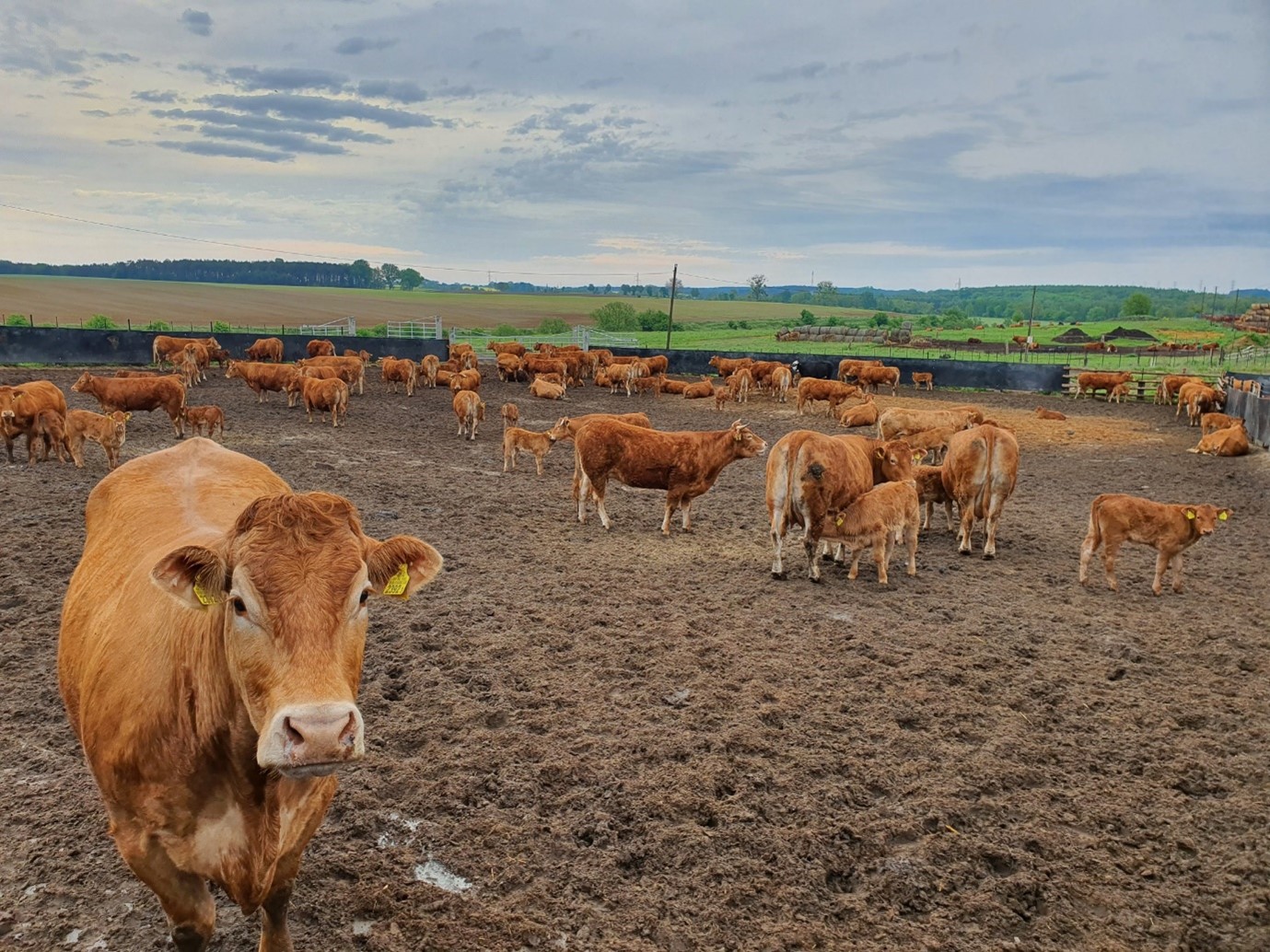 There are several advantages to consider when following an oestrous synchronization protocol, including: 1) shortening the calving interval, which allows females (especially heifers) to conceive earlier in the breeding season; 2) a more effective use of AI and embryo transfer to reduce the time and labour needed to detect oestrus (heat); and 3) producing a more uniform calf crop of similar ages. According to Farm owners introduction of the modern reproduction biotechnics to their herd was at the beginning was very expansive however it paid back well. Thanks to introduction of the synchronisation they were able to use best genetic (AI)busting genetic progress in their herd.

According Lukas application of the method help to increase breeding progress in his herd by 30%. It is also noticeable improvement in herd biosecurity, as no there is only one way of animal movement and we not buying as many animals as we did in last years – he admits. Last year we also produces around 100 embryos.

Lukas: Thanks oestrus synchronisation we were able to AI our best cows w the best semen in order to accelerate breeding progress in our herds. We decided to use this method as it is useful tool both for cows and heifers.  Timed Ai helps as to organized ourselves during the breeding season.