Demonstrations on automated weight in Belgium, Ireland and Poland

Automatic recording of individual animals’ weight is a good opportunity to monitor performance, adjust feed requirements, uncover any problems that may be affecting some animals. In the second year of the Bovine project, some demonstrates related to automated weight was carried out.

A video was produced on an experimental station in Ath (in Wallonia) by Dumoulin (Arvesta group). The video below explains how the growth evolves and what effect it has on the feed conversion. The animals are weighed in the fattening phase. A scale is placed in front of the feeder and the weight data is recorded when they enter to feed. Different types of concentrates are tested. This measuring is happening already for more than ten years. The farm works with Belgian Blue bulls, which are kept in an intensive fattening period from 250kg to 650kg live weight.

The cost of the weighing equipment is undoubtedly a major obstacle. Because up to 10 animals are housed in each pen, data is only available for a limited number of animals. Keeping the weighing installation free of manure and dirt is also a point of concern.  More labour to clean the pen and the weighing box. Also is need electricity nearby the pen. However, this innovation would be a great help to know the feed conversion during the fattening phase.

Several benefits were seen after the demonstration, such as a reduction in the labour required to weigh and select finished beef cattle; and more regular monitoring of average daily gain that allows the farmer to identify if the animals are underperforming and adjust diet or examine for underlying illness. Furthermore, with the system, animals ready for slaughter can be identified earlier, which can reduce feed and housing costs. Obstacles in implementing this innovation also were observed, such as need of training the operator to handle the scales and the software; servicing and calibration of the scales; and the cost of the equipment which can be high in comparison to that of a stand-alone weighing scales and digital clock. Despite the limitations, the system is still recommended because of the benefits it provides to the farmer. 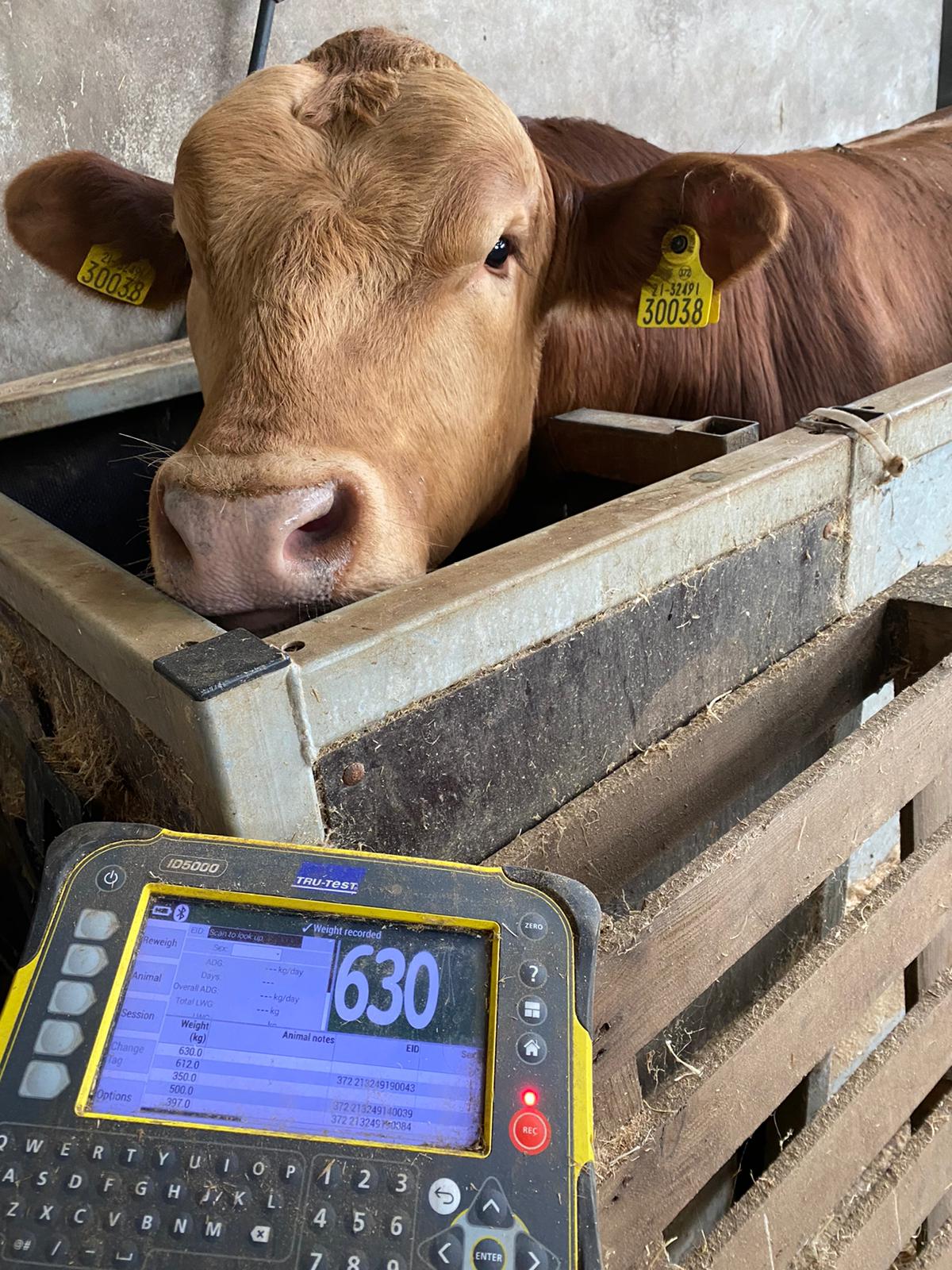 A demonstration was also performed in Poland at the test farm of the Warsaw University of Life Sciences (SGGW) in Obory, close to Piaseczno city. The Professor Marcin Gołębiewski from SGGW presented the innovation face to face to a group of 30 attendees, where 17 of them were farmers. Several pertinent topics were addressed:

- How real-time weighting is important for animal welfare and production efficiency;

- How to install and how to attract animals to use the trough;

- How to interpret the data in terms of animal health conditions;

- How to start and monitor benchmarking system of animals in one pen.

M. Gołębiewski highlighted the benefits of the innovation such as the real-time data (several times a day) on the animals' weight and the ease of handling once the animals are adapted. Despite some constraints such as limited number of animals per pen and the importance of maintaining of scale (cleaning), M. Gołębiewski recommends this innovation to be implemented in the fattening farms. The Powerpoint presentation in Polish is available here.

Further demonstrations related to automated weight were carried out within the BovINE consortium in Spain and Italy.