Accurate estrus (heat) detection is essential for determining the optimal time for insemination in herds using artificial insemination (AI), and in naturally bred herds in order to document puberty, breeding and repeat breeding of females. Frequently, one of the reasons for not implementing AI in beef herds, and therefore, losing the advantages that this technology offers such as use of high genetic merit sires, is due to the labour required for estrus detection.

Conventional estrus detection depends on the visual observation of behavioral signs of the animals by the farmer, which is time consuming and needs expertise. This practice is especially difficult in large herds or extensive systems, and can become limited by weather conditions. This is why automated or semi-automated tools and technologies able to measure behavioral and physiological changes associated with estrus have been developed to aid the farmer.

The unique estrus-specific behaviour: standing-to-be-mounted, can be continuously and automatically monitored and registered by electronic animal sensors such as Heatwatch®, a commercialized pressure sensing device fixed to the rump, with radiotelemetric transmission of mounting data, presenting a sensitivity range between 37 to 94% in dairy cows (Saint-Dizier et al., 2018). Non-contact sensors could represent another promising strategy, with video cameras recording and processing images and data to automatize the analysis of such behaviour. Details of this technique from a research study by Kawano et al. (2021).

Other devices have been developed to measure global activity levels of the cow which is increased during estrus. Activity can be measured by accelerometers attached to the neck, the leg or the ear tags (or inside the rumen). Experimental studies conducted with dairy cattle reported to be of equivalent or higher sensitivity, with less false positives, compared to the visual observation by experts, but a variable performance according to biological and technological factors can be found (Saint-Dizier et al., 2018). For example, default thresholds values and algorithms to define the increase in activity as indicative of a true estrus are often set by manufacturers in marketed devices; lowering the activity threshold may increase the efficacy of detection but more false positives could arise. Biological factor such as the calving number or parity is one example of an animal factor that affects the efficiency of the devices. Cow handling in the routine farm labour can affect the efficiency of these devices, as well.

In the following photos are shown commercial devices that predict heat with activity measurements, all commercialized for beef cows in Europe. Heatime Pro collars are used in the Station de Moussours (France) in daughters of pre-selected Limousin breed bulls controlled for their maternal aptitudes, to detect estrus based on the increased activity of the heifers, which is compared with a baseline activity specific to each cow. In Spain, Ixorigue collars were developed to detect heat (within other features) to be used in remote rural areas thank to the use of last generation IT technology (LoRaWAN and NB-IOT). In Poland, a previous post in the BovINE Knowledge Hub shows an ear biosensor that can detect estrus. Finally, in Ireland, a Moocall HEAT system consists in collars that measure activity in vasectimised bulls rather than females. The cows are given a unique ear tags and the system identifies heat cows based on the bull´s activity, his proximity to cows and the time he spends with each one. This system allows the detection of silent estrus (the bull does the job). 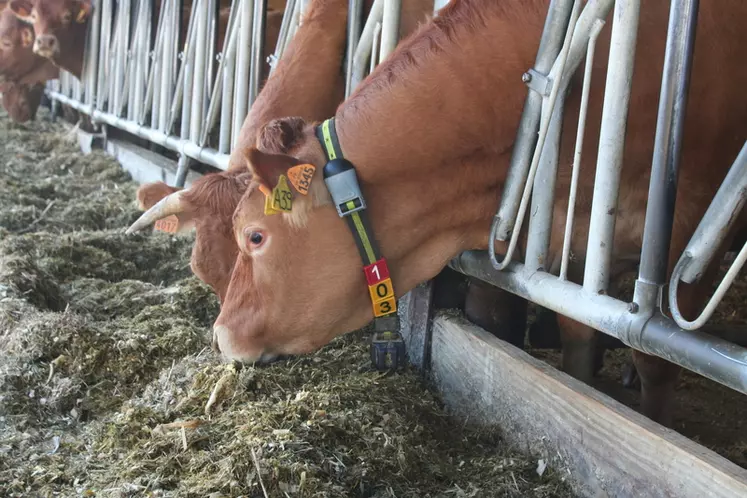 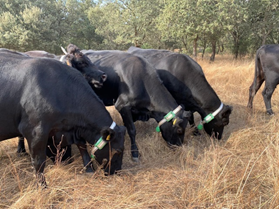 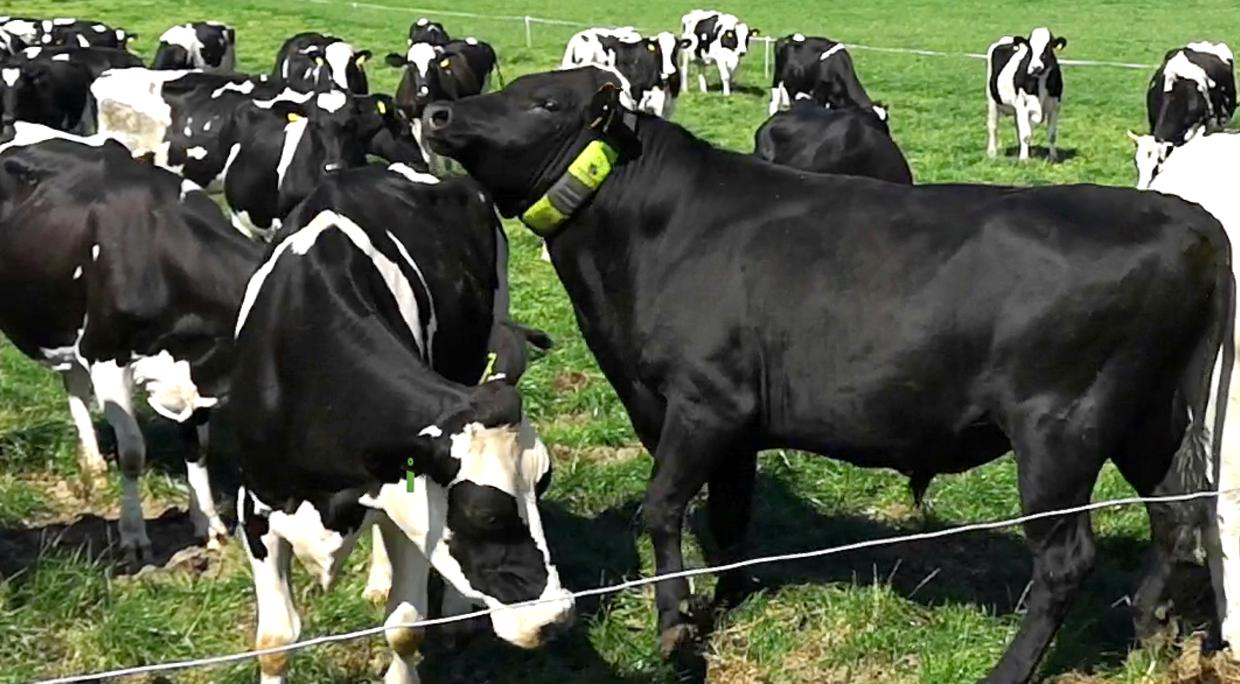 Vaginal temperature sensors can achieve better results to detect estrus compared with activity measures, especially in warm weather conditions, where cattle reduce their activity (Sakatani et al., 2016). Ruminal boluses have been used for the early detection of health problems and have also the potential use as a predictor of estrus (and calving) (Cooper-Prado et al. 2011),

Combination of measurements to detect estrus

An experimental study tested an intravaginal probe capable of automating estrus detection by using measurements of vaginal electrical conductivity and vaginal temperature along with an activity sensor in beef Japanese Black cows (Andersson et al., 2016).  The device was further developed and published in a study by Higaki et al. (2019) where the authors found 16 out of 17 estruses correctly detected, resulting in a sensitivity and precision of 0.94. A commercialized ruminal bolus (MoonSyst) combines the measurement of activity and temperature for heat detection. Compared to one only measure, a multi-parameter approach is capable of a much higher reliability in detecting estrus (Andersson et al., 2016).

Figure from Higaki et al (2019): Morphology and usage of the wearable wireless vaginal sensor. A: Vaginal sensor equipped with a thermistor and a pair of ring conductivity electrodes measured vaginal temperature (VT) and vaginal conductivity (VC) simultaneously at every 15 min. The size and weight of the sensor was 148 mm long with a 20 mm diameter and 54.5 g when the battery was inserted. B: Insertion of the vaginal sensor was performed using disinfected speculum and forceps. C: Vaginal sensor was deposited in cranial vagina. CX, FV (dotted line), and CV represent cervix, fornix vagina, and cranial vagina, respectively. Bars in A and B were 5 and 10 cm, respectively.

In this post, examples of systems for heat detection are shown but further systems exist or are under development by research institutions and commercial companies. A reduction in the cost for these automated tools is needed to ensure a higher farmer uptake. It is also useful when devices offer multiple tools to animal monitoring, therefore, they not only detect heat, but also calving, health issues, location, etc.

The following video provides a presentation of this innovation by Virginia Resconi (University of Zaragoza, Spain) in the General Assembly meeting from BovINE project held in Jun 2021.

Demonstrations on Automated estrus detection were carried out in Spain, Ireland and France.

Sakatani et al. (2016). The efficiency of vaginal temperature measurement for detection of estrus in Japanese Black cows. The Journal of reproduction and development. 6:201-207.